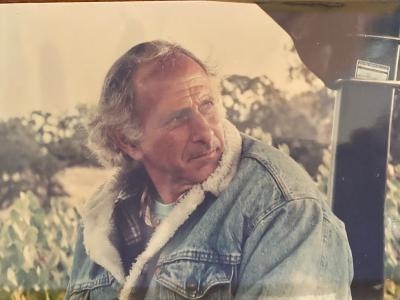 Obituary:
Richard Louis Alessi, 75, of Ukiah, California passed away peacefully on June 27th, 2020 with his wife by his side. Richard was born on May 11th, 1945 in Sonoma, California to parents Luddy and Norma (Miglioretti) Alessi, both first generation Italians who moved to Sonoma to pursue their love of agriculture and farming. Richard grew up in Sonoma on a ranch with the name “Ranch on the Knoll” and attended Marin Catholic High School and Sonoma Valley High School. In high school he met Patty Quinn and they married in 1967. Richard moved with his wife and parents to Ukiah in 1968 and purchased a ranch on East Side Road where they were commercial growers of pears, grapes and peaches. In 1997, they moved to a smaller ranch on the other side of the Ukiah valley and raised grapes for different wineries in the area. Upon retirement in 2010, Richard continued his passion for farming by planting and maintaining prolific vegetable and fruit gardens on the ranch that he loved. Richard was well known for his generous heart, his casual and unassuming personality and strong work ethic. Richard and Patty were married for 53 years and proudly raised three sons, Richard, Thomas and Joseph. He enjoyed spending time with his family, including his five grandchildren. A small, family memorial service was held on July 5th to honor Richard’s life. In lieu of flowers, donations made to Hospice of Ukiah, 620 South Dora, Ukiah, CA 95482, are appreciated.


To order memorial trees or send flowers to the family in memory of Alessi, Richard Louis, please visit our flower store.