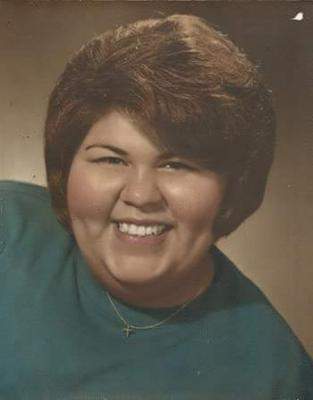 Born in Ukiah on August 27, 1948, Jeanne crossed over on November 26, 2015 with her family by her side. Jeanne was a strong Native American woman born and raised on Pinoleville Rancheria. She is preceded in death by her mother Jane Allen, father Lawrence Allen, brothers Paul and Peter Allen, sister Sandra Avila, husband Leonard Moss and granddaughter Jeannette Allisson Moss. Jeanne accomplished many things, in her younger years she enjoyed going out in the field and working with her father and other family members, she graduated Ukiah High in 1966 and attended and completed nursing school. She also enjoyed working at Northern Circle doing secretarial work for many years. Did I mention how much she loved to make torts, and she was good at it. She loved her music as well. She would blast her music and sing her heart out. Jeanne touched the hearts of so many people. She was known for her jokes and humor. Jeanne will be loved and missed by so many. Jeanne went through so much but overcame and pulled through. She may have lost a lot of motor abilities but she was still the same ole Jeanne Sue.
Jeanne leaves behind her beloved only child Mollie Moss, grandchildren Cody Pagen and Takata Moss, brothers Robert, Donald and Richard Allen, sisters Martha Knight and Yolanda Tadeo and numerous nieces, nephews and cousins all of Ukiah. Services and Wake will be held on Friday, December 4, 2015 at 7:30 pm at Coyote Valley Gym. Burial services will be held on Saturday, December 5, 2015 at 12:30 pm at Pinoleville Cemetery. To help defray funeral expenses donations may be made to Eversole Mortuary. Thank you.


To order memorial trees or send flowers to the family in memory of Allen-Moss, Jeanne Sue, please visit our flower store.