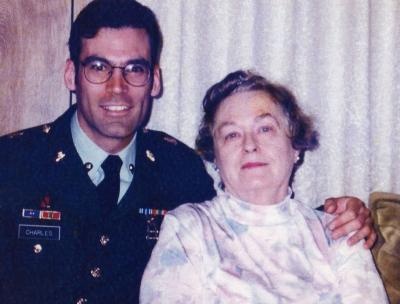 Obituary:
Edith H. Andrade- August 25, 1919 - February 19, 2021
Mrs. Edith Andrade peacefully passed away at her home in Ukiah, California with her loving son right by her side on February 19, 2021. She was 101 years old.
Born and raised in San Francisco, Edith was skipped ahead a grade in grammar school and graduated from Girls High School, which was located at Geary and Scott streets, in 1936 at age 16. She went on to study at Heald’s Business College, later known as Heald College, from which she graduated in 1938. She worked for years as a legal secretary and was a master at now-long-forgotten skills, such as shorthand and typing over 90 words per minute on a manual typewriter.
Just some of Edith’s many noteworthy experiences that she fondly recalled were walking across the Golden Gate bridge the day it opened in 1937, greeting President Franklin Delano Roosevelt when his motorcade traveled through San Francisco in 1938, and seeing Glenn Miller and his orchestra perform at San Francisco’s Fairmont Hotel. She was also a loyal and long-standing supporter of PBS station KQED.
Edith lived a selfless life and her consideration for others, as well as her integrity, courage, and compassion were just some of her remarkable qualities that she maintained throughout her life. First and foremost, Edith was simply the best mother a son could have ever wanted, and she is survived by that son, Christopher Charles of San Francisco.


To order memorial trees or send flowers to the family in memory of Andrade, Edith Harrison, please visit our flower store.