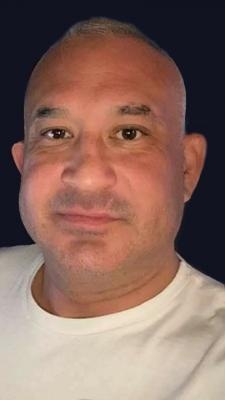 Obituary:
A loving Son, Brother and Father Passed Away at the age of 46 Ben was born in Michuacan Mexico on May 7th of 1974 to Rosario Aguilar Barajas He moved to Ukiah when he was two years old were he would grow up to become the Father of three Children Julie Barajas, Alex Barajas and Vivian Barajas and made many loving Friends he was survived by his three Children His Mother Rosario Aguilar Barajas His silings Rick Barajas wife Maria pulido Phil Barajas wife Tammie Barajas and many amazing nieces and nephews Ben was very proud of his Job at Thurston's Auto Plaza where he received many awards and helped many friends and Family . Ben enjoyed spending time with the Family and giving back to those around him in many different ways.
we will all miss him.


To order memorial trees or send flowers to the family in memory of Barajas, Benigno "Ben", please visit our flower store.