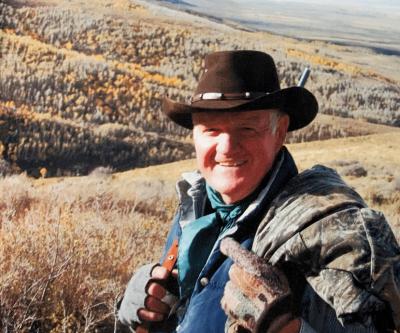 
Pete grew up on the streets of Brooklyn but preferred the country life in the Adirondack Mountains, and was employed by the Northern Lumber Company during summers off of college from Paul Smith College and North Carolina State. Pete’s love for life in the country grew on the Stewart Farm in upstate NY where he met his country brothers Roger, Gary and Carl Stewart and their wonderful parents Lil and Harold Stewart.


Pete chose to pursue a career aligned with the outdoors, and began his career with the United States Forest Service assigned to a position in Covelo, CA. Arriving in his Plymouth Valiant station wagon, Pete was very much at home in the woods of the Mendocino National Forest. Within a few years, Pete was offered a job with FM Crawford Lumber Company/Louisiana Pacific where he served as a Forester and ultimately Resource Manager for twenty-five years. In his later years, Pete worked with students with disabilities at Frank Zeek Elementary School and ran the scale at a rock quarry on the Willits’ grade.


To anyone who knew Pete well, it was no secret that he loved deer hunting. Whether hunting locally in Mendocino County or out of state in Nevada, Colorado, Utah or Wyoming, Pete became very single-minded every year when the leaves began to turn.


What made Pete glow, however, was the relationship with his children and grandchildren. Their activities were a fascination, whether sports, performances or just being kids. As a twenty-seven year old, Pete met, was swept off his feet by and married Dolores Ogle, and became an instant Dad to Terri and Mike. No holiday was too insignificant for gift giving which he went about with characteristic zeal.


Pete served in the United States Army assigned to the 71st Infantry Division, 723rd Tank Battalion as an Assistant Gunnery Instructor. He excelled in teaching M48 Patton combat tank crews at Camp Irwin, California. Pete trained his soldiers as tank gunners and honed his marksmanship skills for his lifetime love of hunting. Pete was awarded the National Defense Service Medal during his service with the US Army and remained a steadfast patriot to his country until his death.

The Memorial Service for Pete Barnard will be held beginning at 10:00 AM on Monday, June 7 at Ukiah Cemetery with a Celebration of Life to follow.

To order memorial trees or send flowers to the family in memory of Barnard, Peter Witter "Pete", please visit our flower store.