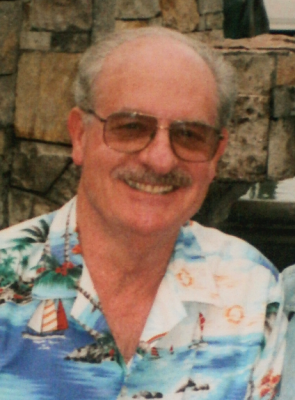 Robert John Barnett, age 84, retired mathematics and business teacher at Mendocino College, left this world on November 23rd, 2017, Thanksgiving morning. As a Christian, his hope is eternally placed in Jesus Christ, and his wish is that you, too, dear reader give yourself to the Lord in believing faith. For as a believer in Christ…

“…. We are more than conquerors through Him who loved us. For I am persuaded that neither death nor life, nor angels nor principalities nor powers, nor things present nor things to come, nor height nor depth, nor any other created thing, shall be able to separate us from the love of God which is in Christ Jesus our Lord.”
Romans 8:37-39

Robert was born February 17, 1933 in Los Angeles, California. He graduated from Eagle Rock High School in 1951.
Robert enlisted in the U.S. Navy during the Korean War. After serving his country for four years, he attended Whitworth College where he met his beloved wife of 57 years, Patricia Jean.
Robert earned his BBA from East Texas State College and a masters degree from Long Beach State College. He pursued post graduate studies at Talbot Theological Seminary and UCLA.
During his thirty-four year career in education, Robert taught at the high school, community college, and state university levels.
Some of the great joys of Robert’s life included serving as a lay Christian minister, teaching New Testament Greek, and creating the Learning Challenger and Bible Learning Challenger puzzles. Robert’s puzzles have enjoyed a world-wide number of users, including publication aboard several U.S. Navy ships.
Robert and Patricia had two daughters, Valerie and Juliane. He is survived by many dear grandchildren and great-grandchildren.
Both Robert and Patricia were affiliated with Ukiah Bible Church.
A private graveside service is planned with the immediate family.
In lieu of flowers, it is Robert’s wish that those interested make a gift of Bibles through the Gideons Christian organization.


To order memorial trees or send flowers to the family in memory of Barnett, Robert John, please visit our flower store.