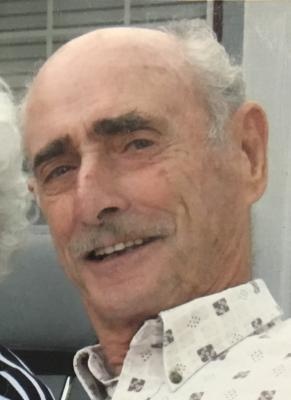 Obituary:
With family by his side, Pete Dino Barra passed away peacefully to be reunited once again with his wife Bea and son, Dino.
Pete’s journey began on April 9, 1928 when he was born to Italian immigrants in his grandparent’s home on Central Avenue in Calpella, CA and ended on December 29, 2018 at his family home on East Road in Redwood Valley. Pete lived his 90 years in Mendocino County, leaving only to serve his country in Korea as a U.S. Army Corporal. He returned to the U.S. in 1952, where he met and married Bea Prinselaar. Of their many accomplishments, one of their greatest was purchasing bare land to plant a vineyard and build their dream home on the knoll to raise their three girls.
Pete was a hard-working man who learned the trade of growing grapes from his dad, uncles and other old-timers in Redwood Valley. He and his family rarely took a day off, one of which was to bury his brother Calvin who was killed in the service. He was a progressive farmer, always looking for new and better ways, quick to share innovative ideas and techniques. He was a man “outstanding in his field.”
Pete was a courageous man. He faced adversity and hardships with unwavering courage and strength. He was an inspiration to all when after losing his leg to cancer, he showed great determination by walking the survivor lap at Relay for Life. And, with much perseverance, he was able to overcome the difficult challenge of climbing back on the tractor again.
Pete was an adventurous man. Although he chose to live in “God’s Country,” he enjoyed taking family trips that included houseboating on Lake Shasta, skiing in Squaw Valley, discovering family in Italy, returning to Italy for a family reunion, taking the family to Mexico to celebrate Bea’s birthplace for her 70th birthday, and many trips to the Lake Pillsbury cabin. In 2006, he realized a long-awaited dream when he and Bea traveled to Iwo Jima to retrace his brother Calvin’s footsteps of 1945. In 2008 he travelled to Paris for his 80th birthday.
Pete was undoubtedly a very funny man with a quick wit and charismatic personality. He was often the life of the party. Anyone who knew him likely has a funny story or memory to share.
Above all, Pete was a devoted family man. If you could ask him today what his greatest accomplishment was, he would say his family. Together he and his wife built a beautiful legacy on East Road, which we will always come home to. Pete would be the first to tell you, he was a blessed man.
He is survived by his three daughters Lori Barra, Cyndi Woskow (Michael Woskow), Christina White, his grandchildren Peter & Caroline Nicholas, Jesse Woskow, Levi & Cody White, his great granddaughter Ronnie Woskow, his brother Charlie Barra, several nieces, nephews and cousins.
Services will be held Monday, January 7, 2019 at 2:00pm at Eversole Mortuary in Ukiah, CA.
Floral arrangements may be made through Rain Forest Fantasy or donations may be made in Pete’s honor to St. Jude Children’s hospital.


To order memorial trees or send flowers to the family in memory of Barra, Pete Dino, please visit our flower store.