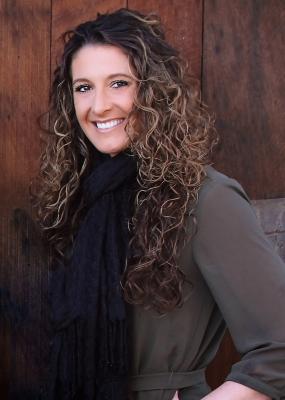 Obituary:
If one thing is for certain, when Samantha Anne Bertozzi left her place among us on Monday, April 2nd, it was much too soon. Born June 6, 1987 to parents Scott and Laurie Bertozzi of Redwood Valley, California, Samantha was the younger sister to Alexis and the older sister to Tony.
Sami filled her role as the middle child to the fullest. Her laughter and smile would light up a room. The sparkle in her eye would pretty much allow her to get away with anything, and her heart full of love was one that family and friends never doubted. She cherished her friends and consistently submerged herself in all things family related; initially by tagging along with Alexis as kids, being a friend to Tony, and eventually participating in sport and school functions for her nieces.
In her junior high years, Sami attained honors on the Principal’s List academically, and competed within the California High School Rodeo Association in high school. Once she graduated in 2005, she attended Mendocino College and worked amid the community where she continued to build lasting friendships.
The best gift Sami and her fiancé, Chad, could ever give each other, was Carter James, who was born on November 11th of 2015. Their love for him and for each other will live on in memories as shared by family and loved ones.
Samantha is survived by her son, Carter James, parents Scott and Laurie, sister Alexis and brother-in-law Dustin, nieces Natalia and Dominica, brother Anthony and nephew Mason, grandparents Leonard and Celia Brown, as well as many aunts, uncles, and cousins.
With Chad by her side, it is without question they were greeted by her grandfather Lee Bertozzi.
In remembrance of Samantha a memorial will be held on Sunday, April 15th at 11:00 a.m. at:
Eversole Mortuary, 141 Low Gap Road, Ukiah, California.
A Potluck Celebration of Life will follow at:
Todd Grove Clubhouse, 600 Live Oak, Ukiah, California.
In lieu of flowers, please consider sending a letter to Carter with memories of his mother to:
Carter James Bertozzi Shimon
c/o Mr. and Mrs. Dustin Pedrotti
Post Office Box 456
Redwood Valley, California 95470
"Remember, Hope is a good thing, maybe the best of things, and no good thing ever dies." –Stephen King

To order memorial trees or send flowers to the family in memory of Bertozzi, Samantha Anne, please visit our flower store.