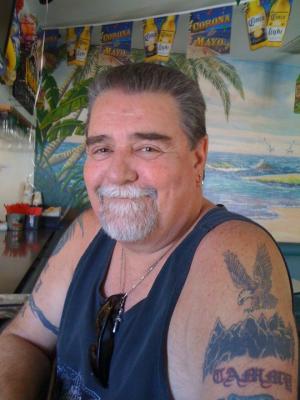 Obituary:
BETTCHER, Dale R. Age 62, passed away peacefully on July 26, 2015 in Kaiser Hospital in Santa Rosa, CA, surrounded by family. Dale was born January 18, 1953 in Ukiah, CA. Dale is predeceased by his father, Ralph Bettcher and his sister, Tammy Peeler. He is survived by his loving mother, Ada Bettcher; his two daughters, Pamela Spath (Ken) and Kelly Reichert (Tyler); his 4 grandchildren whom he adored, Cooper (8), Easton (5), Brooklynn (4) and Luke (1). He is also survived by his sweet cousins, Jana Boomer and JoAnna Compton. Dad loved to ride his motorcycle before he became ill. He said a ride through the redwoods always made him happy. Dad had many, many friends, but his closest friends were Gary and Vicki Mack, Amie and Steve Rogers, Rick and Carin Gorrel and Margaret and Pat Hanley. They were there for dad through everything and right there with him to the very end. We cannot forget to thank ALL of the staff on the Two West Nurses Station at Kaiser Hospital in Santa Rosa. They were loving and compassionate and went well above and beyond with dads care. His final days were happy ones because of them and we cannot thank them enough. Dad did not want a memorial service, but rather a celebration of his life. We will celebrate dad on Saturday, August 22nd @ 11am at Mack’s Bar and Grill in Penngrove, Ca.

To order memorial trees or send flowers to the family in memory of Bettcher, Dale R., please visit our flower store.