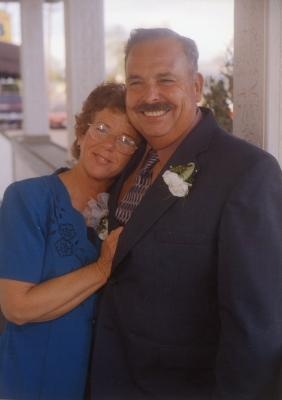 Obituary:
It is with great sadness that we announce the sudden passing of Clarence Leroy Blancett age 78, at his home in Potter Valley on December 21, 2019.

Leroy was born on February 10, 1941 in Concho, Oklahoma to Clarence and Hazel Blancett. He moved to California as a young child, growing up in the Yuba City area. After graduating from Yuba College, he served in the United States Airforce and then moved to Alaska to do commercial fishing. He eventually moved back to California and started his career with the Pacific Telephone Co. He retired after thirty years, as an electrical engineer. It had always been his dream to build his own home and so he and his wife Nancy started their home and moved their family to beautiful Potter Valley in 1979. They wanted to provide their children with the chance to grow up in the country. Besides taking care of their small farm he enjoyed restoring antique cars, especially Volkswagens. He literally could fix anything. He also enjoyed hunting and fishing with his sons. Leroy and Nancy traveled throughout the U.S. in their RV and shared many happy times. Leroy was a quiet, common sense, practical kind of man and enjoyed a simple life. He was also a family man who will be missed so much by his family. He leaves his wife of 53 years, Nancy. He also leaves his daughter Shelly Bazzani and her husband Mike of Ukiah, his son Chris Blancett of Potter Valley, and his son Greg Blancett and his wife Jen of Plumas Lake, Ca. Eight grandchildren survive, Ashley, Tyler, Nick, Robbie, Connor, Delayna, Sierra and Jeremy. Also three great grandchildren Gianna, George and Boston. He also leaves his sisters Donna Johnson and Sharon Brown. He is predeceased by his parents, and sisters Norma and Sheryl. A family gathering was held on December 31st. The memories of Leroy as husband, father, grandfather, and friend will be in our hearts forever.

To order memorial trees or send flowers to the family in memory of Blancett, Clarence Leroy, please visit our flower store.