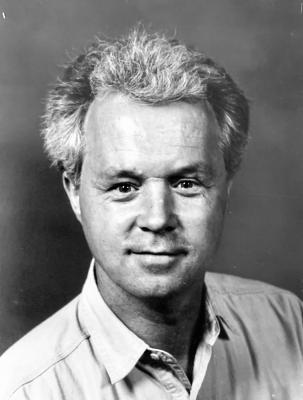 Obituary:
Jack Michael Blandford Sr. unexpectedly passed away while working at his home in Ukiah, CA on Monday, February 10th, 2020 at the age of 75. He left behind his loving wife, Bernadette of 34 years and two children, Michael (30) and Ariel (26).

Jack was born on April 5, 1944, in Oakland to Dorothy Bernice Avellar and Jack Cullin Blandford. Jack spent his adolescent years in the Bay Area and in his early 20s, he managed a rock band called the Indian Head Band in San Francisco. Jack fell in love with Mendocino County and moved to Redwood Valley in 1971 at 26.

Jack took a trip and sailed from France through the Strait of Gibraltar and up to Portugal. He returned the next year on a second trip to Germany to purchase a car and then drove it across the USA to Redwood Valley. Jack began selling Real Estate in Mendocino County and worked with Bernard Real Estate for many years in downtown Redwood Valley.

In 1977, he met his wife, Bernadette, and they were married on February 16th, 1986 at the Hill House Inn in Mendocino. They raised their two children, Michael and Ariel in Mendocino County. Jack became a broker in 1990 and started his own office, Jack Blandford Real Estate. Jack loved his work so much he never wanted to retire. He was still actively involved in real estate at the time of his death.

Jack lived in Redwood Valley for 33 years and moved just outside of Ukiah in 2004. He enjoyed traveling to family reunions, family vacations in Hawaii, visiting both of his children at school, and while they worked in Yosemite National Park. He enjoyed visiting the Mendocino coast and loved where he lived. Jack was an active part of the community.

Jack had an appreciation for astronomy, astrology, and nature and instilled his passions in his children. He was always ready to share the daily astrological aspects and moon cycles with everyone. He liked to garden, and work on his property, but most of all, he loved time with his family. Jack Blandford was preceded in death by his beloved Grandma Babe, and his mother and father. Jack will be sorely missed by his friends, family, and colleagues.

A Celebration of Life will be held for him by his family on Friday, February 21st 2020 at the Eversole Mortuary, 141 Low Gap Road in Ukiah from 2-4 pm to share memories and condolences with his family.

In lieu of flowers please donate to the Fund for Homeless Services at the Community Foundation of Mendocino County, www.communityfound.org/for-donors/donate-today/community-funds/fund-for-homeless-services/.

If you would like to mail condolences please send them to 665 North State Street, Ukiah, CA 95482.

Please feel free to share your memories of Jack below by logging in and leaving a comment.

To order memorial trees or send flowers to the family in memory of Blandford, Jack Michael, please visit our flower store.