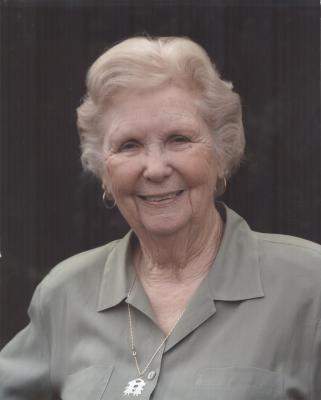 Obituary:
Lorene Tarver Bogner passed away February 7, 2016 in Ukiah, Ca. Lorene and her twin brother, Eugene, were born December 29, 1925 in a lumber camp outside Urania, La. to James William “Willie” Tarver and Alice Olivia Hall Tarver. The twins lost their mother when they were 2 1/2 months old which caused them to be raised by different family members throughout their childhood. The constant moving from one home to another interrupted their education as they attended 9 schools in as many years. In May of 9th grade Lorene was forced to quit school, where she had been making excellent marks, to go to work at a plywood mill. In spite of this all her friends have remarked at her almost perfect command of vocabulary, grammar, and spelling.

In March of 1943 Lorene received a bus ticket to Ukiah, Cal. from her father who lived there and on the 23rd of that month she arrived. She always remarked about her trip that she was disappointed that the Golden Gate Bridge was not golden. Within a day or two she had a job as waitress at Poulos’ Maple Café.

Lorene met Arnold Bogner at the Maple Café but it was on the dance floor of the E&B Club north of town that the spark really ignited. The couple married on July 28, 1946, but Lorene always maintained that Arnold never formally proposed but rather just started planning the wedding. She happily acquiesced and they spent 48 blissful married years together raising 5 children.

Lorene at various times belonged to, and sometimes led, many organizations in her church and community. These included St Mary’s School Mothers’ Club, Ladies League, Emblem Club, and the Red Hat Society. She was also a docent at The Sun House and a volunteer at Ukiah Valley Medical Center and Plowshares. She especially liked to play parlor games like Canasta and Rummy Tile with her dear friends.

The family of Lorene would like to thank Holy Spirit Residential Care Home and the staff for the loving care she received.


To order memorial trees or send flowers to the family in memory of Bogner, Lorene, please visit our flower store.