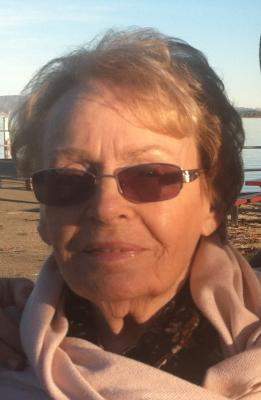 Obituary:
Audrey Ellen Bradford, 94, of Ukiah passed away at her home on September 27th. She was born in Lane, Oklahoma in 1921. She married Elmer Bradford in 1937. Soon after, the couple moved to the Los Angeles area. They lived in several communities on the West Coast before permanently settling in Ukiah in 1951. Audrey worked for many years as a licensed vocational nurse at the former Mendocino Community Hospital in Ukiah. After 61 years of marriage, she lost Elmer in 1998.

She took great pride in her career as a nurse, extending her caring nature to her beloved husband, her friends, her children and grandchildren and her dogs. She found great pleasure in gardening, and traveling. One week before her passing she completed a trip to Washington state.

Audrey was a kind, loving, and generous person who never spoke ill of anyone. She will be greatly missed by her family, all of whom are grateful to have shared so many years with her.

There will be a graveside service at Russian River Cemetery in Ukiah on Tuesday October 13th at 11am.


To order memorial trees or send flowers to the family in memory of Bradford, Audrey Ellen, please visit our flower store.