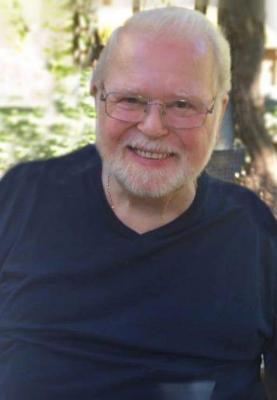 Obituary:
Dennis Bruce Brodie, 80, left this world suddenly on July 1, 2021, with family by his side. Born May 15, 1941, in Berkeley, California, Dennis was number eight of nine children to Frank and Katherine Brodie. He attended Santa Rosa and Montgomery High Schools, where he met the love of his life, Marie Bertozzi; they married August 16, 1959 in Santa Rosa, California. They moved to Ukiah in 1972, where they raised their family. Dennis was a liquor salesman for Rathjen and Young’s Market Company, retiring in 1996. He and Marie moved to Redwood Valley, California, established Brodie Vineyards, where he produced “Kay Cabernet'', in honor of his mother. Dennis continued to work part-time as a farmer, bartender, bail bondsman, bookie and full time Papa. He was a storyteller, a natural Santa Claus, and could lay golden eggs at Easter. To know him was to love him; the life of the party, a true family man. He kept his quick wit until the very end, a blessing for those saying goodbye. Dennis is survived by his wife of 61 years, Marie, children Mark Brodie (Chania), Dana Franz (Ron); sisters Shirley Fowler, Gloria Bath, Pat Jewett (Barry), Diana Tandeske (Duane), Linda Roman (Don); brother David Brodie (Ellie); grandchildren Alex and Brianna Brodie; Tyler, Connor and Parker Franz; over a hundred nieces and nephews and extended family. He was preceded in death by brothers Frank and Bobby Brodie. Funeral services will be held on Saturday, July 17th, 2021, at 10am at Eversole Mortuary 141 Low Gap Road, Ukiah, California. In lieu of flowers, memorial contributions may be made to the Redwood Valley/Calpella Fire Department. P.O Box 385, Redwood Valley, California. 95470. A potluck celebration will follow at McCarty’s Bar 6951 East Rd, Redwood Valley, California.

To order memorial trees or send flowers to the family in memory of Brodie, Dennis Bruce, please visit our flower store.