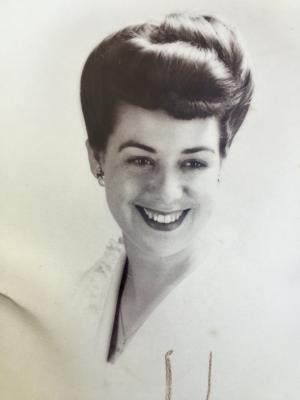 Obituary:
Marcella M. Brosig
September 21, 1921- December 19, 2016.
Born in Kalispell, MT and raised in Whitefish, within sight of Glacier National Park. Her first job was teaching children in a one-room schoolhouse in Billings, MT. In 1942 she moved to San Diego, CA to help with the war effort and worked in aircraft manufacturing. When the war ended she returned to college and graduated with a BA Degree in Home Economics from Willamette University in Salem, OR. While there, she met and married Roy and in 1959 they moved to Ukiah to raise their family. Marcella worked 20 years as a social worker for the County of Mendocino. She was an active member of many clubs and organizations. Her life was spent traveling, cruising and RV’ing. A woman of many talents, she played violin her entire life, including 15 years with the Ukiah Symphony. She loved interior design, made porcelain dolls, and was an accomplished seamstress. She learned to use the computer when she was in her 80's, and wrote a book about her life and family titled "Leave a Little Fleece on the Fence." She was a gourmet cook and loved to entertain her many life-long friends. She was preceded in death by her husband, G. Roy Brosig in 1993, son, Steve Brosig in 2015, and is survived by daughters, Cindy Basili (Jeff), Valerie Brosig (Joe), daughter-in-law, Tracie Brosig, four granddaughters, Amy, Jill, Kellie, and Maya, two great-granddaughters, Olivia and Lauren, and long-time companion, Jim Busch. Always a lady, she was dearly loved and is terribly missed. A memorial will be held at a later date.


To order memorial trees or send flowers to the family in memory of Brosig, Marcella M., please visit our flower store.