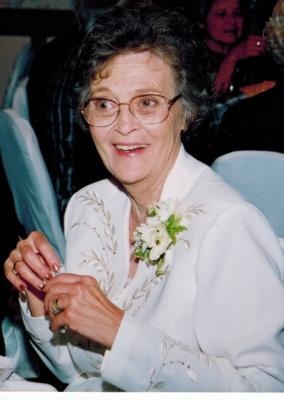 Obituary:
Vyral Eileen Brown 88, of Willits, California passed away peacefully on Monday November 16th, 2020 with her husband by her side. Vyral was born September 15th, 1932 in Milford, Nebraska to parents Evangeline and William Burkey. In Lincoln Nebraska she met her husband James Brown, they married January 4th 1961. As James was active military, they lived in England, Crete, Texas, Nebraska, and California. Vyral was quite creative and enjoyed ceramics, macrame, cooking and gardening, however Vyral’s passion was her family which was always expressed through her generosity and thoughtfulness. Vyral and James were married for 59 years, proudly raised two sons, Michael and William and enjoyed three grandchildren and two great grandchildren. Vyral is survived by the aforementioned as well as her brother Steven Burkey. A small memorial service was held on November 18th in honor of Vyral’s life. In lieu of flowers, donations made to Hospice of Willits is appreciated.


To order memorial trees or send flowers to the family in memory of Brown, Vyral Eileen, please visit our flower store.