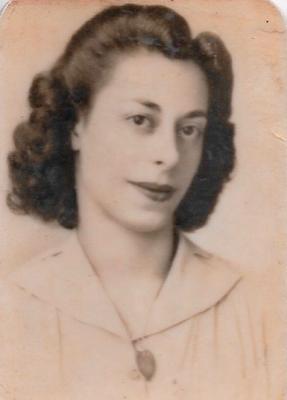 Obituary:
Dorothy Marie Cagle, known as Nannie by her family, passed away peacefully in her home on December 21, 2016 surrounded by loved ones. Dorothy was born on April 18, 1920 in San Francisco, California and spent her youth in the Bay Area. She met the love of her life James in San Francisco where he was stationed during World War II. They were married in 1945 and spent 66 wonderful years together until James' passing in 2011.

Dorothy and Jim moved to Ukiah in 1955 when Jim opened a sawmill in Philo. When it burned down a few years later Dorothy and Jim opened a lumber yard in Ukiah where they worked side by side for over 25 years. She was a woman working in a mans world where she held her own with her strength, determination, tenacity and business sense.

Dorothy was very involved with the Dolphin Swim Club and was instrumental in making the new city pool a reality. She was also a active member of the Soroptimist Club and worked tirelessly for their causes.

Dorothy and Jim enjoyed socializing and dancing with their many friends. They also enjoyed traveling, visiting many countries, always interested in peoples cultures and new experiences. Dorothy was always sharp and witty and loved time with her family.


To order memorial trees or send flowers to the family in memory of Cagle, Dorothy Marie, please visit our flower store.