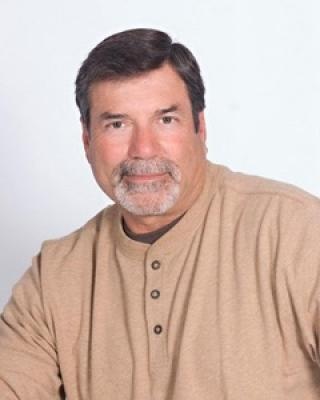 Obituary:
Ronald Peter Carfi was born March 28, 1950 in Ventura California. On January 3, 2020 he peacefully passed away at his home in Ukiah, with his wife Margaret by his side. A Memorial Mass will be held at Saint Mary of the Angels Catholic Church on Friday, January 17, 2020 at 11:00 AM. An open house hosted by the family will follow at the Carfi home from 1-4 PM. Details will also be provided on Ron’s Caring Bridge website.

Ron graduated from Ventura High School in 1968. He successfully completed the California Highway Patrol (CHP) Academy in 1973. His long career in the CHP consisted of
working in several locations as an officer including Southern Division-Los Angeles, Coastal Division-San Luis Obispo, and Northern Division-Redding. While working for the CHP, Ron obtained his Bachelor of Science Degree in Psychology from University of La Verne in La Verne, California. In 1992, he promoted to sergeant relocating to Inland Division-San Bernardino with his family. After a period of time, the Carfi family returned to Northern California where Ron worked in both Mendocino and Lake County. During his distinguished career, he was involved in numerous special assignments including Campaign Against Marijuana Planting (CAMP), County of Mendocino Marijuana Eradication Team (COMMET), Mendocino Major Crimes Task Force, and Operation Green Sweep. Ron was also the CHP canine supervisor from 1995 until retirement, as well acting commander of the Ukiah office. After 29 years of service, he retired in 2000. In his retirement, Ron continued to work part time ending with a position as an investigator for Mendocino County Child Support Services.

During his retirement, Ron enjoyed spending time outdoors and could regularly be seen on his mountain bike or hiking behind the lake with his dogs. He loved to travel, making frequent trips to see family and friends, often taking time to visit national parks and sightsee along the way. His favorite trips always included his family and a warm beach.

Ron is proceeded in death by his parents Maryon and Peter Carfi, and is survived by his wife Margaret, his children Staci (Rich) Boomgarden, Mathew (Kimberly) Carfi, Adrienne (Juan) Carfi-Zavala, and Ryan (Danika) Carfi. He is also survived by his sisters Jeanette (Mel) Bonham, Pati Richert, brother Landi (Cyndy) Carfi, and four granddaughters.

Ron cared very deeply about his family, friends, and community, and will be dearly missed.

The family requests in lieu of flowers, a donation may be made in his honor to Adventist Health Hospice Services Willits, California.


To order memorial trees or send flowers to the family in memory of Carfi, Ron Peter, please visit our flower store.