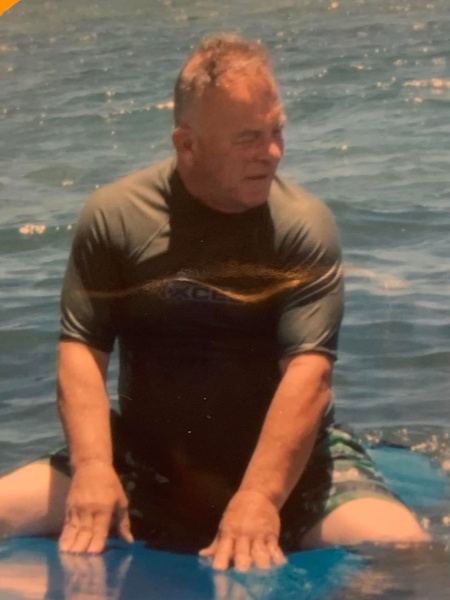 Carl spent the vast majority of his life as a truck driver and was a well-known fixture at many a truck stop where he enjoyed eating “Breakfast for Dinner” and smothering everything with gravy.  When he wasn’t driving, he enjoyed camping, fishing, gardening, watching all manner of documentaries, tinkering on his 1968 Ford Pickup (“Old Yeller”), and eating Chili Rellenos.  He had also recently developed quite the taste for Micheladas, which he called “Tomato Beers.”  He died leaving an unfulfilled quest to convince everyone that a can of peas should be stirred into a box of Macaroni and Cheese.

In a cruel twist of fate, Carl and Glenda lost their home in a structure fire on June 8, 2022.  They were temporarily living with their son in San Diego while a rental house could be found in Ukiah during the re-build.  Two days before they were scheduled to return to Ukiah, Carl indicated he didn’t feel well.  That night, he was diagnosed with Stage Four Lung and Liver Cancer.  He passed quickly, just nine days later.

A memorial service / celebration of life will be held on Wednesday, July 27, at 10 a.m. at the Ukiah Cemetery.  The family would encourage anyone attending to come dressed in aloha wear (and especially no black) and armed with a funny Carl story – there will be a million of them.

To order memorial trees or send flowers to the family in memory of Carl William Davenport, please visit our flower store.