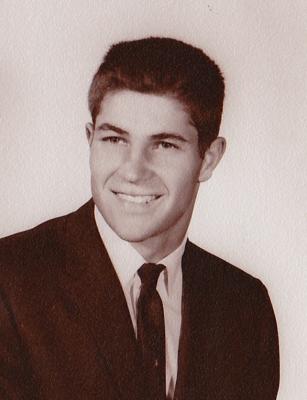 Obituary:
Michael Lee Christofferson, 64, passed away peacefully Wednesday, August 19, 2015 at his home in Boonville, Ca with his family by his side. Michael was born February 3, 1951 in Ukiah, Ca to Lee and Betty Christofferson, who later divorced. Michael graduated from Potter Valley High School in 1969. Michael loved animals, especially his cows and sheep. In the 1980ʼs Michael lived in Kansas and owned sheep feed lots. Michael was comforted by his faith and enjoyed attending Sunday church services. Michael was survived by his parents Jess and Betty Scott, his brothers Dale and Tim Scott along with their spouses Lori and Mike, his daughters Julie and Kati along with their spouses Cary and Jeremiah, his grandchildren Courtney, Casey, Russell and Annalise and his nephew Shilo. Michael will join his late brother, Keith and daughter, Lisa in heaven. A funeral will be held on Saturday, August 22, 2015 at 3:00 in the afternoon at the Potter Valley Bible Church followed by a graveside service at the Potter Valley Cemetery. There will be a potluck at the Potter Valley Rodeo Grounds following the services. Please join Michaelʼs family and friends there to tell stories and to celebrate his life. In lieu of flowers a donation can be made to the American Cancer Society.

To order memorial trees or send flowers to the family in memory of Christofferson, Michael Lee, please visit our flower store.