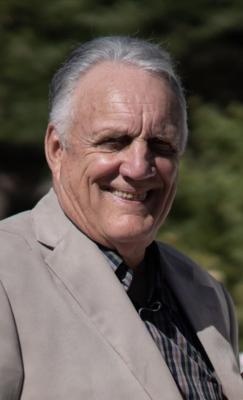 Obituary:
Kenneth Allen Clark, also known as; Ken, Mr. Clark, Coach Clark, Dudley and many other aliases, was born in Ukiah, CA on October 2, 1946, and left this earth unexpectedly on August 17, 2021. Ken was raised in Potter Valley where he attended all twelve years of school. Ken was taught by his parents, Norma and Curly Clark, that in order to make it in life you must know how to work hard. Following high school, Ken attended Chico State and then returned to Ukiah where he began his career of teaching and coaching kids, which ultimately became his passion. Ken enjoyed hunting, fishing, diving, gardening and anything having to do with the outdoors. Ken will be remembered for his love and loyalty to his family and loved ones, his ability to talk to anyone open-mindedly and whole-heartedly and the way he could make a friend any place he was. He is survived by his daughters, Stacey Clark Caico (husband Ken) and Katie Clark; his sons, Michael Clark and Robert Clark (wife Holly); his sister, Judy Carter (Richard); his brother, Scott Clark and his grandchildren whom he was so very proud of: Ashlee, Trevor, Alexis, Liam, Layah, Alec, Lindsay, Liam, Reid and Eleanor.
The family will be hosting a Celebration of Life on Sept 25th, 2021 from 1-5 pm at the Blue Oaks Barn at the Pauli Ranch, 12550 Hawn Creek Road, Potter Valley CA 95469.


To order memorial trees or send flowers to the family in memory of Clark, Kenneth Allen, please visit our flower store.