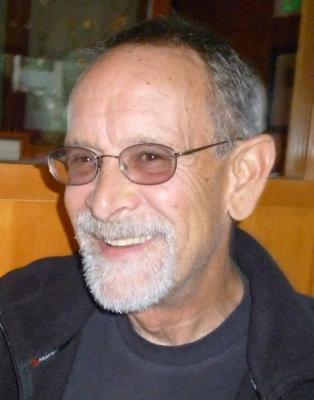 Obituary:
Michael Allen Clark
2/9/51-5/23/18
Michael Allen Clark was born in Casper, Wyoming, and grew up with his mother and two sisters Kimberlee and Darcy in Colorado Springs, Colorado. He spent time with his father’s family in Las Vegas, and has remained close with his half-sister, Stacey. At 17, he enlisted in the United States Armed Forces and he served his country honorably during the Vietnam War era. After his discharge, he traveled the country, searching for the ideal place to settle down. Michael finally chose to make his home in Potter Valley in the early ‘70s, where he raised his blended family. In 1975, he welcomed twin daughters Ruby Moon and Sylvia Sunshine to the world. In 1984, Elizabeth Madison Clark was born and adopted. When he married Lori in 1988, Sarah Justine Smalley was enveloped into the family, and Amanda Jean Bewley became Amanda Jean Bewley-Clark when she came into the family and was adopted between 1997-2003. He was a devoted husband to Lori and father to those five beloved daughters, and a proud grandfather. He was also a beloved brother, caring and loyal friend, and a generous and loving father figure to many. His generosity and compassion were always available to those he loved, and his devotion to his family was known by all who knew him.
Michael was a hard-working man and taught us that anything worth doing, is worth doing well. A creative perfectionist, he worked with his hands: repairing, building, and designing. Through his work and travels, he developed a love of different cultures, places, and unique materials. He saw beauty in people, places, and things. He led a very big life.
Michael had a heart of gold, and his love for his family and friends was apparent to the end. His strength and courage throughout his illness were amazing and inspiring. Although he left us much too soon, he taught us what real love is and he will forever be in our hearts.
Michael was preceded in death by his mother, his father, his daughter Ruby, his sister Darcy, his son-in-law Andrew, and his nephew Joshua. He is survived by the above named family members, and his grandchildren, Jasper Clark, Jade Morgan, Roslynn Milligan, Beau Milligan, Ryder Davis, Mia Kleinknecht, Ashton Small, and Thomas Rea.
A celebration of life party is tentatively scheduled for July 22nd, from 12:00- 2:00 p.m. at the Potter Valley Rodeo Grounds, with refreshments being served. BYOB! Information will be available on invitations, and if your life was touched by Michael, please come!

To order memorial trees or send flowers to the family in memory of Clark, Michael Allen, please visit our flower store.