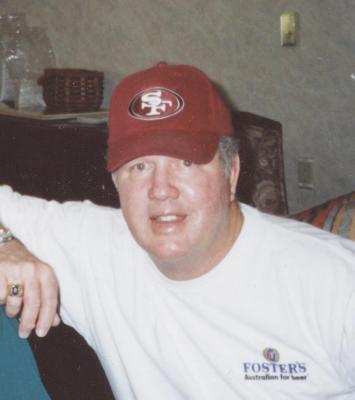 Obituary:
William “Bill” Costello, 69, of Ukiah passed on April 30, 2014. Bill was born in Long Beach, Ca. on August 9, 1944. Bill had lived in Ukiah for the past 43 years.
Bill graduated from Chico State and served his country in the U.S. Marine Corps. He was a manager and salesman for Angel Distributors for many years.
Bill will be remembered for loving his family, the San Francisco 49ers and ice cold beer.
Bill is survived by his wife of 41 years Sharon “Cheri” Costello, daughter Marta Costello, son Blane and his wife Jenny Costello, sister Eden and her husband Paul Nesse, grandchildren Kaden, Kaison and Mia Costello.
A graveside service will be held on Friday, May 9, 2014 at 11:00 AM at the Ukiah Cemetery. A memorial service will be held on Friday, May 9, 2014 at the Grace Lutheran Church at 1:00 PM. A gathering following the service for family and friends will be from 3-5 PM at the Ukiah Valley Golf Course Todd Grove Room.
Memorial donations in Bill’s name may be made to Plowshares, Grace Lutheran Church or the Humane Society for Inland Mendocino Co.

To order memorial trees or send flowers to the family in memory of Costello, William "Bill", please visit our flower store.