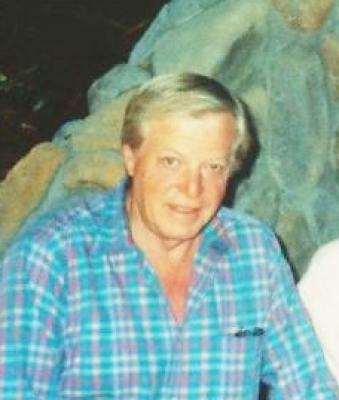 Obituary:
Jack L. Cox
1936-2015
Sixth generation Ukiah resident, Real Estate Broker/Developer, and Farmer, Jack Cox passed away peacefully at his home ranch with family by his side.
Jack was raised on his family’s ranch off Cox-Schrader Road just South of Ukiah where they grew grapes, pears, and hops. After graduating Ukiah High School in 1954, Jack enlisted in the Air Force where he was stationed overseas for four years. Upon his return to the states, he attended San Francisco City College before moving home to Ukiah where he worked at the Post Office during the day and at Southworst’s (Broiler Steakhouse) at night as a bartender. While working at the post office, a local Real Estate Broker, Art Alwen, encouraged Jack to get his real estate license and work for him full-time at Mendo Realty in Ukiah, thus starting Jack’s real estate career of 50+ years. Jack was licensed in 1960 and by 1962 he had earned his broker’s license and formed Cox-Ornbaun Realty with Carol Ornbaun. In 1965, Jack decided to open his own real estate company, Jack Cox & Associates. In 1984, he franchised with Coldwell Banker until he sold his company to his daughter Kerri Vau and her business partner John Lazaro in 1987.
Jack was active in the community. He was a longtime member of the Elks Lodge and one of the longest Cannibal Club members. He served as Director of the California Association of Realtors and was a two-time President of the Mendocino County Board of Realtors. He was appointed by Congressman Don Clausen to serve on the selection committee for the Air Force Academy. He also headed many land developments and subdivisions in the Ukiah area as well as the larger Mendocino County. Jack was an active participant, spending countless hours attending Mendocino County Board of Supervisor and City of Ukiah planning meetings; he firmly believed in protecting private property rights. His most prized real estate holding was his ranch North of Ukiah that he acquired in 1968. Jack bought the York Ranch with intentions to subdivide and resale, but ironically he fell in love with the ranch and lived there until his passing. Jack spent all of his spare time improving the ranch and developing a successful vineyard operation with the help of his son-in-law, Chuck Vau. Jack also enjoyed his rice ranch in the Sacramento Valley where he loved to duck hunt. Many who knew Jack might describe him as an outdoorsman, as he loved to hunt and fish locally and out of state with his longtime friends and family.
Jack was preceded in death by his wife Raynette Cox, his parents Jack and Susan Cox, his brother Gary Cox and two of his dearest friends, Floyd Ross and Pete Dunnebeck, whose passing one year ago was especially heartbreaking to him. He is survived by his daughters Kerri (Chuck Vau) of Ukiah, Traci (Chuck Pittman) of Ukiah, and Debbie Harrison of Ukiah. Additionally, he is survived by his grandchildren: Whitney, Lauren and Natalie Vau; Ashlin and Chad Pittman; and Nicholas and Spencer Harrison, and companion Yuki Bell
A celebration of Jack’s life will be held on Friday, August 21, 2015, 11:00 am at the Lake Mendocino Club House off Lake Mendocino Drive. In lieu of flowers, the family requests donations are made to either the Ukiah Boys and Girls Club or the Ukiah Senior Center.

To order memorial trees or send flowers to the family in memory of Cox, Jack L., please visit our flower store.