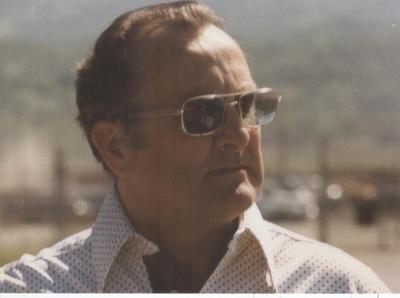 Obituary:
Robert L (Bob) Crabb passed away on March 8, 2017 at the age of 92 peacefully at Redwood Cove Convalescence Hospital. Bob was born in Indianola Iowa on December 17, 1924. Bob was a US Navy WWII Veteran serving as a Gunners Mate in the Pacific. Bob married Barbara Jean Gibson on June 14, 1945. A long time resident of Ukiah, Bob was the Meat Cutter at the 3 R Market in the 50's and 60's, and later a car salesman. Bob was a founding member of the Redwood Empire Lions Club, Captain in the Ukiah Police Reserves, member of the Ukiah Promenaders Square Dancers, and a member of the Russian River Ramblers travel club. Bob was proceeded in death by his wife Barbara in 2010. Bob is survived by his sons Richard and wife Patty, Robert and wife Pamela, 5 grandchildren and their spouses, and 10 great grandchildren. Bob will be layed to rest in a private ceremony.


To order memorial trees or send flowers to the family in memory of Crabb, Robert L. "Bob", please visit our flower store.