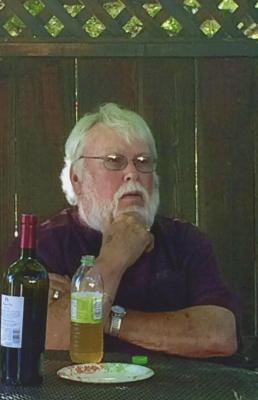 Obituary:
Thomas James Cropp 81, he was born in Pittsburgh, PA on January 5, 1939 and passed away on March 6, 2020 at home with the family by his side. He was a longtime resident of Ukiah, CA.

He graduated high school in State College, PA then joined the Air Force for 8 years after which he moved to California. Tom graduated from Chico State College with a Master’s Degree in social welfare and criminal justice. He was the director of Head Start for many years then proceeded to juvenile hall and finally to the probation department where he retired after 18 years.

Tom had many interest including golf, which he played many years with his cronies and was a past president of the Ukiah Men’s Club. His other interests were his beloved old cars. He was also a past president Early Iron of Ukiah and a member of Saints of Ukiah.

The memorial service for Tom has been postponed until futher notice.
Memorial donations may be made to Phoenix hospice of Willits, CA.

To order memorial trees or send flowers to the family in memory of Cropp, Thomas James, please visit our flower store.