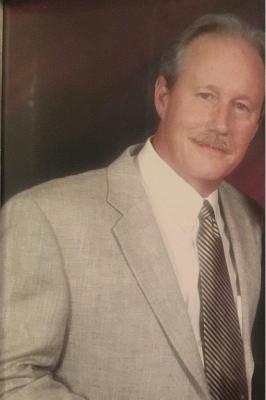 Obituary:
Randy Michael Daugherty passed away Wednesday, December 1, 2021 following complications from a brief illness. He was 68-years-old.
He was born October 11, 1953 in San Francisco, Ca. to Thomas and Joan Daugherty. He attended elementary school in Cloverdale, Ca. and high school in both Potter Valley and Ukiah, Ca. before joining the Union of The Merchant Marines when he turned 18-years-old.
He went on to work as a trim sawman for Louisiana Pacific in Potter Valley, Ca. where he worked for several years before it shut down and he decided to go into the wine sales business, initially working for Valley Vintners/Gallo Wines. He became well-known in many Lake and Mendocino County restaurants, resorts and grocery stores because of his outgoing, friendly and charismatic demeanor. He eventually went to work for the Franzio Brothers at Classic Wines of California, where he stayed for more than 20 years, before retiring in 2017.
Randy had numerous hobbies he enjoyed throughout his lifetime which included fishing with his brother Tom, table tennis, golf, sports cars, custom woodworking, and his true passion-playing the drums. He played with a few local Mendocino County bands such as Devorah Shane and The Name Band, Full Moon, Willie and The Night Cats, and Duckie and Friends. He continued to play his drums for many decades which he set up in his living room, right up until just a few months before he passed.
When he became a father, he loved to take his sons on fishing trips and enjoyed coaching their little league baseball teams. He also taught his older sons Nate and Chris to play the drums, and they went on to perform in successful local bands. He was especially close to his youngest son Ben and they both enjoyed watching the San Francisco Giants play. He even stayed a dedicated fan when they weren’t doing so well.
When he became a Grandfather in the late 1990’s, his grandkids were his pride and joy. He was known as “Papa” and his signature saying when they were all babies was “Let me pinch those cheeks!” He loved taking trips to the coast with the family, and looked forward to their annual camping trip to one of his favorite spots, Manchester Beach KOA.
Randy is survived by the love of his life, his wife Karen of 34 years, sons Nate, Chris (Lindsey), Benjamin (Sophia), Step-daughters Tracy Hummel (Keith) and Tara Burgess. Grandchildren Alice, Nathan, Megan, Jaden, Caitlin, Averiana, Lucy, Noah, Emma, Viviana and Siyara, brother Tom Daugherty (Anna), numerous nieces and nephews, and his beloved dog Malou.
Funeral services will be held Friday, December 17, 2021 at 2pm at Eversole Mortuary located at 141 Low Gap Road, Ukiah followed by burial at Russian River Cemetery, 940 Low Gap Rd, Ukiah. There will also be a “Celebration of Life” immediately following the services at The Saturday Afternoon Clubhouse located at107 S. Oak Street in Ukiah.

To order memorial trees or send flowers to the family in memory of Daugherty, Randy Michael, please visit our flower store.