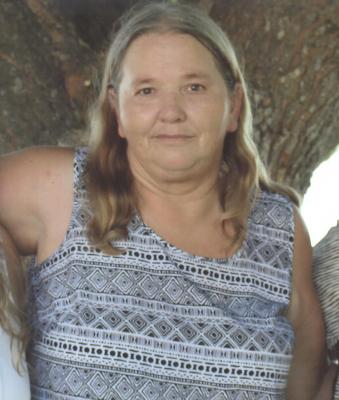 Obituary:
Bobbie L. De Los Santos was born August 26th 1963 in Dos Palos, Ca. and left this earth February 28th 2017.
Bobbie lived numerous places as a child until 1975 when Mendocino County became her permanent home. Bob will be remembered for the many things. She always lit up the room with her humor and bluntness. She loved and lived for her family and dogs, not a selfish bone in her body. She constantly said that life was too short and made it a point at the end of the day to always say I love you. She will be greatly missed by many. Bob is survived by her mother Margie Vanoven and father James Neal, daughter Taylor (Losario) and sons Jr. (Sherry) and Drey (Ayla), sisters Shellie (Don), Wanda (Dave) and brother Randy (Paula), five grandchildren, numerous nieces and nephews and many friends. She is predeceased by her dad Ray and sister Ronda.
A graveside service will be held on Friday, March 17, 2017 at 1PM at the Ukiah Cemetery.

To order memorial trees or send flowers to the family in memory of De Los Santos, Bobbie L., please visit our flower store.