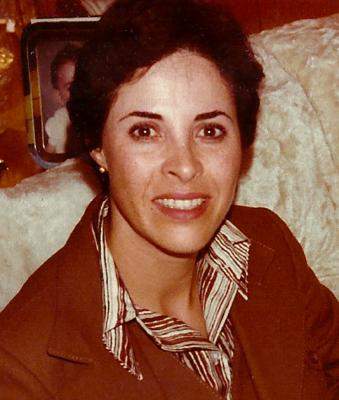 Cecilia De Martini was born on February 10, 1941 in La Paz, Bolivia. She was the daughter of Gaston and Maria Teresa Rojas. She was the granddaughter of Casto Rojas, a prominent public figure, who served as Secretary of the Treasury and President of the Bolivian Central Bank, the founder of the oldest law firm in Bolivia, and an Honorary Member of the Royal Academy of the Spanish Language. She was also the granddaughter of Eduardo Harrison, a prominent mining entrepreneur and Ambassador of Bolivia to the Court of St. James’s (United Kingdom), as well as a member of the House of Representatives of Bolivia.

Mrs. De Martini was raised in La Paz, Bolivia. She attended Chatelard School for Girls, in Montreux, Switzerland. She came to the United States and attended the San Francisco College for Women - later known as Lone Mountain and received a Bachelor of Art in Spanish and French. She received her teaching credential from the University of California at Davis.

Known to many in the Ukiah Valley as La Maestra, she was a multigenerational teacher to the Spanish Speaking Community.

She taught at the Ukiah Adult School (1973-1980), she was one of the first teachers at Mendocino College (1973-1981) where she taught French and Spanish. A majority of her career was spent at Ukiah High School (1980 - 2005) where she taught Spanish and was the founding educator for English as a Second Language (ESL) program.

In addition to teaching, Cecilia was a court and medical interpreter in Mendocino, Lake and Sonoma counties in both Spanish and French.

Cecilia was a kind, loving and funny person. She was an avid tennis player and loved classical art.

She will be deeply missed.

Due to the current public health concerns a celebration of her life will be announced in the near future.