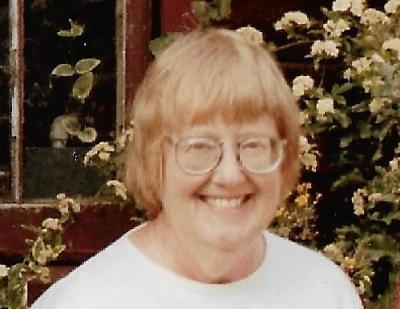 Obituary:
Betty Louise Debler was reunited with her beloved husband August 10, 2017. Betty was born September 23, 1944, in Dodge City, Kansas and moved with her parents to Redwood Valley in 1945.
Betty graduated from Ukiah High in 1962 and went to work for Western Title before marrying James (Jim) Debler in 1965. The couple resided in Ukiah until moving to Carlsbad, California when Jim joined the Marine Corps. Upon Jim’s deployment overseas during the Vietnam War, Betty moved back to Ukiah. After he returned home from Okinawa, their daughter was born in 1969. The family was devastated when, in 1971, Jim was killed in an on the job accident. Betty dedicated herself to raising her daughter, and in 1977, she purchased Hayes Music, running it successfully until she retired in 1999 to spend more time with her grandchildren.
Betty may be remembered by many for her time she spent at Hayes Music. She was a walking encyclopedia of musical references and was still regularly greeted by her former customers many years after retiring. But to her family, she will be remembered as a devoted daughter, wife, mother, and as a most wonderful grandmother.
Betty leaves behind a daughter and son-in-law, Julienne and Scott Dunnebeck, grandchildren, Marshall, Laine and Justin Dunnebeck, brother and sister-in-law, Jim and Joan Minton, sister and brother-in-law, Sherry and Jerry Boan, sister, Jan Marie Cannon and nieces and nephews, Jill Handy (Chad), Matthew Lundershausen, Jason Minton (Yuka), Emily Gonsalves (Kevin) and Thomas Anala.
Betty was predeceased by her husband, Jim, parents, Homer and Virginia Minton, brother-in-law, Terry Cannon and nephew, Samuel Cannon.
Graveside services will be held Friday, August 18th at 10am at the Ukiah Cemetery.


To order memorial trees or send flowers to the family in memory of Debler, Betty Louise, please visit our flower store.