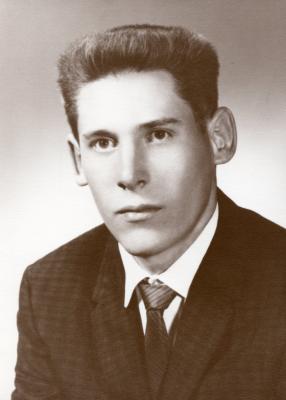 Obituary:
Clyde Francis Doggett was born on September 25, 1942 in Yreka, California and passed away on September 13, 2019 at his home in Boonville, California. He lived in Siskiyou County during his early years until he moved to Branscomb in Mendocino County in 1955 and then to Boonville, California in 1957. He attended Anderson Valley High School and graduated in 1961. After graduating, he joined the U.S. Army and served from 1961-1964. He then returned home to Mendocino County where he resided the remainder of his life. He was employed as a truck driver and timber faller until retirement. He spent his last 10 years as the caretaker for the Anderson Valley Cemetery District.
Clyde was preceded in death by his parents Frank and Elisabeth Doggett and his sister Evelyn Doggett. He was married to his beloved wife Patricia Wood Doggett for 45 years until her death in 2014. He’s survived by his daughters Mary Doggett Barnes (David) and Jennifer Doggett Fane (Gerry) and his two grandsons Wil David Barnes and Luke James Fane. Clyde is also survived by his siblings James Doggett (Shirley), Carolyn Doggett (Roger), and Jeanne Jones.
Graveside services will be Saturday, September 21, 2019, at 1:00 pm, at Evergreen Cemetery in Boonville. A celebration of life will follow at the Anderson Valley Veterans Building.


To order memorial trees or send flowers to the family in memory of Doggett, Clyde Francis, please visit our flower store.