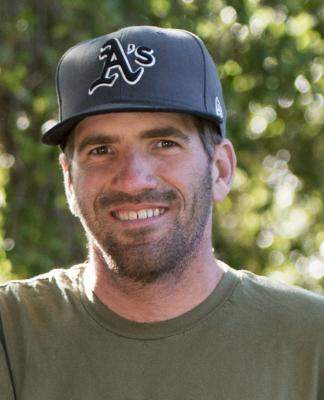 Obituary:
Jason Calleri Dolan
September 29, 1971-November 22, 2015
Jason Dolan peacefully passed away in his home in Ukiah, California, on November 22, 2015 with his family by his side. He was a Ukiah native who graduated Ukiah High School in 1989. Not long after graduating from University of San Diego, he returned home to Ukiah to begin a family vineyard business with his father and brother. Together they built the Dolan & Sons partnership, with the purchase of a property in 1998 on the eastside of the Ukiah Valley which would be later named Dark Horse Vineyards. Jason would live and work on Dark Horse for the rest of his life.

In 2005, he married the love of his life Carly Richards Dolan. Carly and Jason shared a passion for gardening, food, cooking, and the outdoors. They had their twins, Sadie & Cash in 2007. Raising his family on the farm meant the world to him.

Jason was an unapologetic liberal, constant in his belief that all people deserved a helping hand. He will always be remembered for his love for his family and friends, his wit, and great sense of humor. His courage to continue fighting for his life was an inspiration to all. He always enjoyed a great card game, watching the A’s, Raiders and the Oregon Ducks. And he cherished his time taking Carly & the twins on camping trips with family and friends.

While working the land his passion for sustainability, organics and biodynamics grew. As a farmer, Jason appreciated and tended to the incredible mystery of the cycle of life and death. He had solace in his knowledge that death is by no means the end. It always leads to renewed life.

A memorial will take place on Sunday, December 6th at 1pm at Campovida in Hopland, CA. Please bring a dish to share, and a special rock that will be used to build a cairn at Dark Horse in Jason’s honor.

In lieu of flowers, donations can be made to the Cystic Fibrosis Research Inc. (CFRI) 1731 Embarcadero Rd #210, Palo Alto, CA 94303. The family is forever grateful to the community of fellow cystic fibrosis patients who provided Jason with fellowship and hope. Through the efforts and care of doctors and staff of the Stanford Medical Center cystic fibrosis and lung transplant teams Jason was given a second and third chance at life. The miracles performed by these doctors allowed Jason and Carly to experience the formative years of their twins together.


To order memorial trees or send flowers to the family in memory of Dolan, Jason Calleri, please visit our flower store.