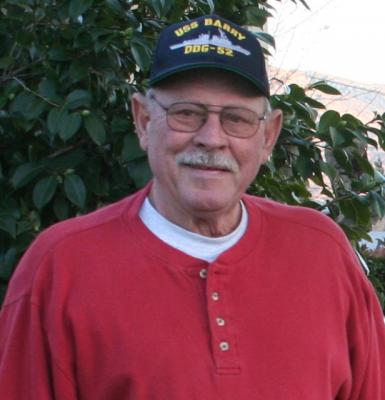 Memorial services for Jackie Lee Dooley of Ukiah will be held on Sunday, September 28, 2014 at 1:30 p.m. at the Ukiah Elks Lodge. Jackie passed away on Thursday, September 11, 2014 at Sutter Medical Center in Santa Rosa with his family by his side.
Born November 30, 1936 in Ottumwa, Wapello County, Iowa, Jackie graduated high school, served his country in the US Air Force for 6 years and worked as a logging truck driver, lumber truck driver and also for Louisiana Pacific. He has resided in the Ukiah area for the past 58 years.
Jackie was very proud of his 5 daughters and his grandchildren. He will remembered for the love of his family, his way with animals and the fact that he was an uncompromising straight shooter, ‘what you saw was what you got’.
He enjoyed fishing, camping and was a member of the Wapiti’s and the Ukiah Elks Club. His favorite quote: “Go ask your mother.”
Jackie is survived by his wife of 57 years, Delores Dooley of Ukiah, daughters Tonya Still (Walter) of Willits, Denise Rakes (Frank) of Redwood Valley, Teresa Sasse (Scott) of Canby, Oregon, Debbie Summit (Don) of Redwood Valley, Tracy Burris (Tony) of Ukiah, sister Nancy Baruth of Eugene, Oregon, sister-in-law Ida Egli (Gus), brother-in-law Arnie Egli (Barbara), grandchildren Mark Smith, Nikki Smith, Sara Still, Tony Rakes, Travis Rakes, Courtney Miller, Emily Sasse, Garrett Sasse, Joshua Summit, Kelsey Weir, Macee Bates and 7 great grandchildren. He was preceded in death by his parents Waldo Dooley and Frances McCart Dooley, brother Wally Dooley, by his grandson William Joseph Summit and by his brother-in-law Edward Egli.
In lieu of flowers memorial contributions in Jack’s name may be made to the Elks National Foundation of the American Heart Association.
Eversole Mortuary is in charge of arrangements.

To order memorial trees or send flowers to the family in memory of Dooley, Jackie Lee, please visit our flower store.