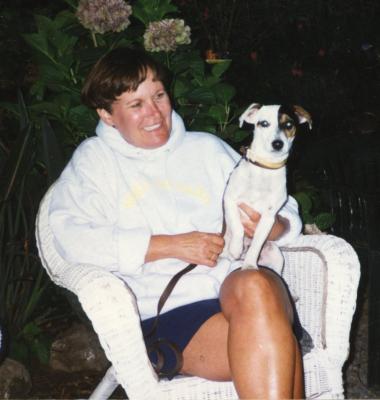 Obituary:
Margret Amelia Drake (Mossi)
This is about a woman, Peggy Drake, who died on Thursday, August 22, 2019 in Forestville, California. She was born in Exeter, California on April 20, 1947. She lived in Ukiah until she moved to San Rafael to go to college. She loved and married her high school sweetheart, Jerry Drake. Where Jerry died in September of 2005 Peggy continued her life with the love and support of her son, Barry and her beloved daughter in law Kim and grandsons, Corbin and Camden.
Peggy was fearless and brave. At about age 6 she decided to join the Ukiah Dolphins Swim Team. She gathered up her goggles and swim fins, walked by herself across the street to the public pool and joined the team where she swam competitively for many years. A few years later she jumped off the fabled 16ft high diving platform at the Fleishhacker pool and then again jumped out of a towering pine tree at the Talmage dams – something only the bravest boys ever tried.
Peggy lived in Santa Rosa and Forestville after she left Ukiah. She was a dental assistant, a loving swim coach for the Sebastopol Sea Serpent. She was esteemed and admired b the people at Sonoma County Water Department where she was working at the time she became ill.
She was a compassionate, giving and kind person who never needed or wanted anyone to know of her generosity. If she was your friend – you were her friend for life. Peggy loved life and was interested in everything. To say she was a devoted 49ers or Giants fan would be an severe understatement. Picture her as she always was… watching, intensely focused while having an “ice cold Bud in a bottle”.
Peggy passionately loved her family. She is also survived by her brother Bobby and sister-in-law Dorothy Mossi, niece Emily Mossi, nephew Eric Mossi and by her brother and sister-in-law Phillip and Carol Drake. Her parents, Virginia and Bob Mossi, preceded her in death.
Her son Barry and daughter-in-law Kim want to thank everyone who helped Peggy.
At Peggy’s request there will be no services. The family prefers memorial donations to: The Jerry D. and Margaret A. Drake family trust for Arlie Mae Garrison; care of Barry Drake 7220 Covey Rd. Forestville, Ca. 95436
For those who knew and loved Peggy, please hold her in your hearts.


To order memorial trees or send flowers to the family in memory of Drake (Mossi), Margaret Amelia, please visit our flower store.