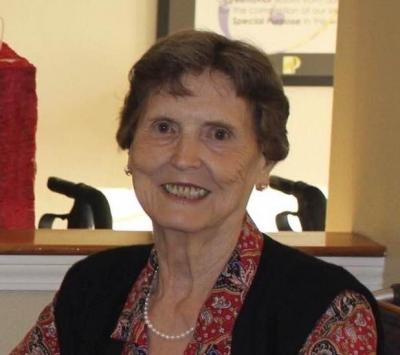 
Passed away peacefully at Holy Spirit Residential Care in Willits, California. Norma was born in Monett, Missouri on March 20, 1925. She spent most of her life in California, her last 45 in Ukiah.


Many of Norma’s dearest friends were met at or through Redwood Auto Supply in Ukiah, where she spent over 35 years as their bookkeeper before retiring.


Norma is survived and will be missed by one brother, John Summers of Port Angeles, WA; her daughters, Mary Beall of Davis, CA, Helen Long (David) of Roseburg, OR, and Terri Lawson (Michael) of Redwood Valley, CA; 11 grandchildren, 19 great-grandchildren, four great-great grandchildren, and several nieces and nephews. She was well known and loved in the family for gifting $2 bills for Valentines and birthdays. As one great granddaughter said she “will never look at another two-dollar bill the same again.” Norma was even known as the “Two-Dollar Aunt” by one of her nephews.


No services are planned at this time, a celebration of life will occur at a later date. The family asks in lieu of flowers to please make a donation to Ukiah Volunteer Hospice, or your own favorite charity.


Norma’s family would like to thank Holy Spirit Residential Care; Ukiah Volunteer Hospice; doctors Teran, Ives, Portnoff, and Hardy for the care extended over the years and months for our mother.


To order memorial trees or send flowers to the family in memory of Driscoll, Norma June, please visit our flower store.