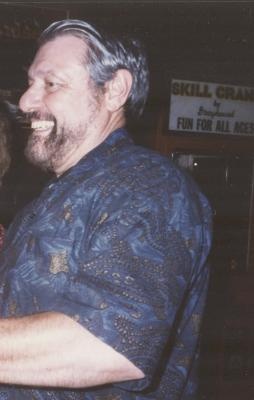 Obituary:
James Joseph Duarte was born in Santa Rosa Nov. 1937, died Oct. 2017 (one month short of 80 years old). He moved to Calpella at age 6 yrs and grew up there. Graduated in 1956 from Ukiah High School and went into the Air Force. After the Air Force he moved several places, including the Bay Area. His first job was as shift manager at IMAC in the Silicon Valley. His first bar he owned was Dew Drop In outside of King City. He owned many bars in 40 plus years. Some of them were: The Black Bart with 1891 Room at the Palace Hotel, Forest Club, Harold’s Club, Club 7-11, Branding Iron, Potter Valley Inn, Maverick Club in Alaska. One of his favorite bars was the Tip Top Lounge he had co-owned with long-time friend Terri Beer. Jim spent every summer fishing in Alaska from 1980 on.
Jim is survived by 4 grown children. James Duarte Jr. of Salinas, Katherine Duarte with husband Thomas, Esben and Rune of Denmark, Laurie Ann Duarte of Salinas, Joseph James Duarte, with David, Joe, Shelby and James Duarte of Sandpoint, Idaho. Sister Suzi Paoli and husband Jim Paoli, nephews Ron, Jeff and Darren Piver. Wife Emily Duarte and 2 stepsons Bill McKee and wife April McKee and family of Omaha, IL, Kim McKee and wife Jamie McKee and family of Redwood Valley.
Reverend Jim Bailey will preside over graveside services through Eversole Mortuary on Tuesday, Oct. 10th at 1 pm. Donations can be made to Phoenix Hospice.


To order memorial trees or send flowers to the family in memory of Duarte, James Joseph, please visit our flower store.