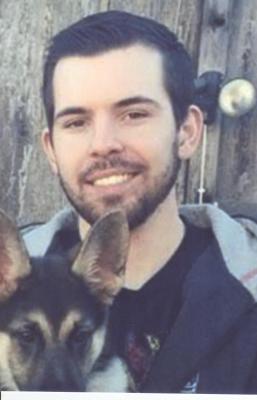 Obituary:
Funeral services for Andrew Robert Dziki will be held on Friday, September 23, 2016 at 1 p.m. at Eversole Mortuary with Pastor Mike Dobbs officiating. Interment will follow at Ukiah Cemetery. Andrew passed away on Sunday, September 18, 2016. Born June 9, 1993 in Virginia Beach, Virginia, Andrew has lived in Ukiah for the past 20 years. He received his Associates of Arts degree and was Head Food Clerk and as needed Assistant Manager at Safeway. He was an avid fisherman, marksman, car and motorcycle enthusiast and student. Drew left a mark on everyone he met. Though life was short, he lived every minute of it enthusiastically. His easy disposition, sense of humor, infectious smile, and bold laughter will always be in the hearts and memories of those lucky enough to know him. Drew is survived by his parents Karen and Andrew of Ukiah and brother Jacob of Ukiah. He was preceded in death by his grandfather Julian Dziki, uncle Steven Dziki and grandfather Ronal Haydon. Drew also left behind a beautiful girlfriend that he loved, Sierra Szupello and Pepper (their pup). One can accurately be judged by the company he keeps. His diverse group of friends shared unconditional respect, loyalty, and lighthearted comradery.
Memorial contributions may be made to Mendocino Animal Care Services.

To order memorial trees or send flowers to the family in memory of Dziki, Andrew Robert, please visit our flower store.