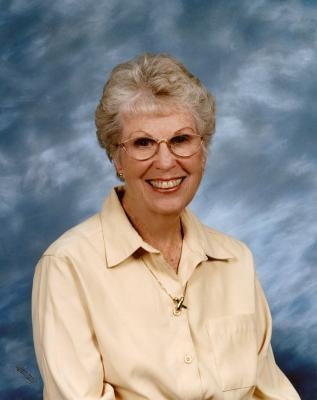 Obituary:
Jeanne Engelman passed peacefully on August 26, 2020.
She was born in Ross CA. on October 25, 1926.
She was raised in San Anselmo, CA. Jeanne went to school with Frank Engelman
Who was the love of her life. They married on April 10, 1948.
They settled in Ukiah, CA in 1956. Jeanne and Frank had three children. Frank preceded her in death in 1999.
Jeanne enjoyed many activities including golf and bridge.
Enjoyed her work with The Children’s Home Society. She was active with the Grace Hudson Museum and Sunhouse Guild. She served one year
on the Grand Jury of Mendocino County. She was proud to say she was one of the first people to walk across the Golden Gate Bridge on its opening day. Gardening and travel kept her busy in her later years.
She is survived by her daughter Connie Engelman Kirk, her sons Michael Engelman and Matthew Kirk (Samantha) and their daughters Zadie and Francis. Her son Scott Engelman (Debbie). His sons Eric Engelman (Marcy) their children Joey, Tori, Jayden and William. Son Jason Engelman and step son Alex Loutsis. Her son David (Kathi) their son Jake Engelman (Emily) their children Leopold and Luna. Daughters Alyssa Engelman and Andrea Engelman
Private services will be held.


To order memorial trees or send flowers to the family in memory of Engelman, Jeanne, please visit our flower store.