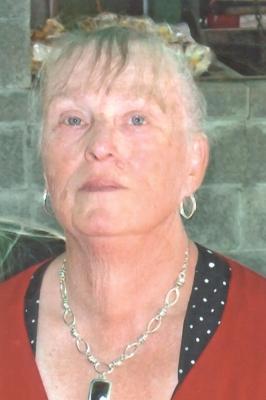 Obituary:
A Celebration of Life will be held at 11 am on July 15, 2017 at Oak Manor Park.
Marlie Ann Ferguson of Ukiah, passed away peacefully at her home on June 15, 2017 at the age of 72. Marlie was the youngest of three children, born to Hugo and Signa Dahl on July 14, 1944 in Fort Bragg, CA. Marlie grew up living on the coast in Manchester and graduated in 1963 from Point Arena High School.
In 1966 Marlie married the love of her life, Dennis Ferguson, and together had two children Sheri and Brian Ferguson while in Gualala. In 1970 Marlie and Dennis moved inland to Ukiah, where they built their home and raised their family. Marlie was a hard working homemaker while her kids were growing up and later enjoyed being a housekeeper for many older ladies that needed her help.
Marlie loved more than anything, spending time with her grandkids. She was always at singing and dance performances, cheerleading, wrestling matches and traveling all over the country for BMX racing and traveling soccer teams. Marlie loved to work in her rose garden and took great pride in how she decorated her yard for every holiday throughout the year. Marlie enjoyed attending all the concerts in the park and making new friends.
Marlie is preceded in death by her loving husband of 38 years Dennis Ferguson, her grandson Caleb Ferguson, parents Hugo and Signa Dahl, father-in-law Clyde Ferguson & mother-in-law Carrie Ferguson. Marlie is survived by children Sheri (Kelly) Ferguson, Brian (Ronda) Ferguson, grand-daughters Jazzmin (Dane) Barnes, Kighley Barela and Lindzie Hoven. Marlie is also survived by her brothers Laverne (Lola) Dahl, Leroy (Arleeta) Dahl, brother-in-law Rodney (Judy) Ferguson, and many nieces, nephews and cousins who loved her very much. We will miss her dearly, but know she is at peace and with Dennis and Caleb.

To order memorial trees or send flowers to the family in memory of Ferguson, Marlie Ann, please visit our flower store.