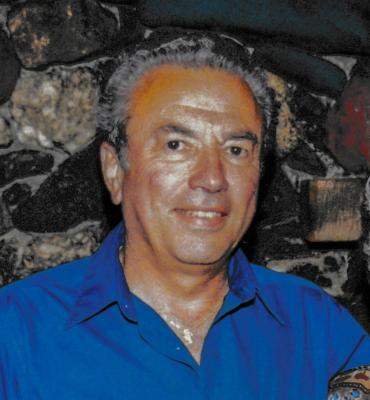 Obituary:
William “Bill” Fernandez
A memorial service for William “Bill” Fernandez of Ukiah will be held on Friday, February 5, 2016 at 1 p.m. at Eversole Mortuary. Bill passed away on Thursday, January 28, 2016.
Born July 22, 1933 at home in Oakland, California, he has resided in Ukiah for the past 53 years. Bill served his country in the U.S. Air Force as a jet engine specialist. He was District Manager of the California State Auto Association for 36 years, overseeing the Ukiah, Fort Bragg and Lakeport offices. He served as President of the Chamber of Commerce, was active in Rotary, Junior Achievement, member of the Early Iron Car Club and a 36 year member of Ukiah Elks Lodge. Bill loved making jewelry and made jewelry for the Sun House Museum which he also designed the logo for. His other passions were working on his antique cars and gardening. He was proud of his many years of community involvement and twice receiving the AAA Traffic Safety Citation. Bill will be remembered as being a genuinely good man, with a quick wit and great sense of humor. many will remember him exclaiming “oh horse feathers!” whenever he was exasperated or found nonsense in a situation. He was a consummate professional in whatever he did, and absolutely adored his wife and family.
Bill is survived by his wife of 61 years Patricia “Patsy” Fernandez, daughters Kim Konkle (John) of Calousa, Sherrie Mazzanti (Michael) of Cloverdale, son Tony Fernandez (Dina) of Ukiah, brothers Sanford Fernandez of Manteca, Bobby Garcia of Tucson, Arizona, grandchildren Cadi Young, Amy Greenhalgh, Tyler Mazzanti, Markie Konkle, Casey Fernandez and Carsen Fernandez. He was preceded in death by his parents William B. and Minnie (Tello) Fernandez.


To order memorial trees or send flowers to the family in memory of Fernandez, William "Bill", please visit our flower store.