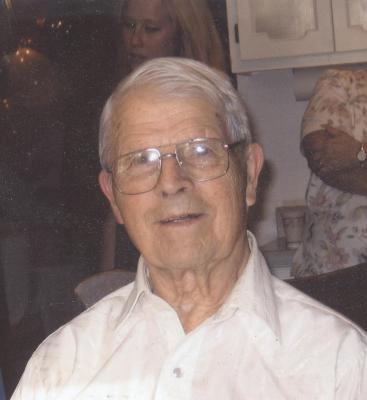 Obituary:
Herschel Ford passed peacefully in the early morning hours of August 5, 2014 at his home in Ukiah.
Herschel was born November 10, 1918 in Redwood Valley, the middle of eleven children of Alfred and Lulu Ford
Except for three years at Mare Island Navy Yard at the beginning of WWII, Herschel was lifelong resident of Mendocino County, mostly in Ukiah.
Herschel was married to Carline Hinds on June 17, 1945 and had two sons.
Herschel was preceded in death by his wife Carline Hinds Ford in 1995 and son Stephen Herschel Ford in 2013. He is survived by sister Ruth Ford Dillon of Sacramento, son Leighton Ford of Frederick, Maryland, grandson Adam Ford of Washington, DC. and granddaughter Elizabeth Ford of San Francisco, Ca.
Herschel remains will rest next to those of his wife Carline at Evergreen Memorial Gardens, Ukiah
Arrangements are under the direction of the Eversole Mortuary.

To order memorial trees or send flowers to the family in memory of Ford, Herschel, please visit our flower store.