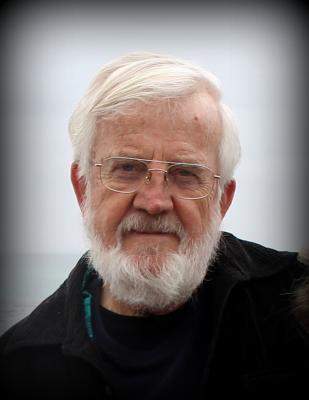 Obituary:
John Herman Frary, passed away Wednesday morning, January 11th, 2017 at the age of 79. He died peacefully at home, surrounded by his loved ones.
He was born in San Francisco, CA on August 24th, 1937 to Francis Marion and Lillie May Frary. As a child he lived in Denver, Colorado and Grants Pass, Oregon. He was the youngest of nine children. His brother Jim Frary still lives in Santa Rosa with his wife Sandy.
At the age of 17 he enlisted in the United States Marine Corps where he obtained the rank of sergeant. This gave him the opportunity to visit Japan, Borneo, Ceylon, and the Philippines. He was very proud of the fact that he had climbed to the top of Mount Fuji.
Following his military service he attended City College of San Francisco, obtaining a degree in electrical engineering. In 1961 he married Denise Catherine Anne Hunt and went to work for PG&E in San Francisco. They moved to Ukiah, California in 1969.
He was preceded in death by his wife and soulmate, Denise in 2002. He is survived by his children, Annette Prader, John Paul Frary, and Colleen Frary. He is also survived by his son-in-laws, Ed Prader and Sasha Grote, and his daughter-in-law Amy Frary. He leaves six grandchildren, Grant and Kaitlyn Prader, Eli Frary Kerns, Ezra Frary, and Finn and Henry Grote.
He was fortunate in life to meet his second soulmate, Nan Carder in 2003. They were about to celebrate 13 beautiful years together.
John is further survived by his longtime friends, Gerritt and Janice van Hattem.
John loved all poetry and was an award winning haiku poet.

be seen on my

A memorial will be held at a later date. In lieu of flowers donations can be made to Hospice.


To order memorial trees or send flowers to the family in memory of Frary, John Herman, please visit our flower store.