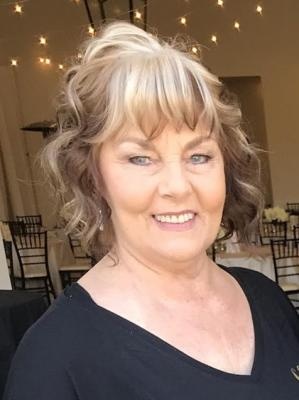 Obituary:
Vicki Fross passed away peacefully surrounded by her family at her home in Spokane Washington on Monday, November 19th. Born on March 25, 1949, in Berkeley California, Vicki was one of 5 children of Lois and William Smith. She was raised in Clearlake Highlands where some of her fondest memories were spent on their family ranch. Her family then moved to Ukiah when she was a freshman in high school. Shortly after high school, she met the love of her life Del Fross to whom she was married for 40 years until his death in 2010. She and Del settled in Ukiah to be close to Vicki's family and to raise their two sons Del jr. and Jason. Vicki's passion in life was her family, and the countless children whose lives she touched as a child care provider for forty years. In 1997 she and Del started another chapter in their lives by moving to Spokane where they opened a successful daycare center called Crayon College. Vicki was "auntie" and "grandma" to so many, she made anyone around her feel like family and special. She is leaving us with endless memories of large gatherings both planned and unplanned, card playing, laughter, love, and great recipes. Her overall strength to overcome any obstacle life throws her way is just one of the many ways she taught us to enjoy life to the fullest. Vicki was preceded in death by her parents, her husband Del Sr., and her son Del Jr. She is survived by her son Jason (Shawna) of Petaluma, daughter-in-law Robin Heller of Ukiah, grandchildren Nick Fross (Amanda) of Spokane, Shelbi McPhaul (Chase) of Ukiah, Audrey and Evan Fross of Petaluma, and great grandchildren Kasten and Kohen Fross of Spokane. As well as her siblings (Lynda, Susan, Billy & Judy) and numerous nieces and nephews which whom she loved dearly. There will be a service at 12:30 PM, December 15, at Eversole Mortuary.

To order memorial trees or send flowers to the family in memory of Fross, Victoria Ruth, please visit our flower store.