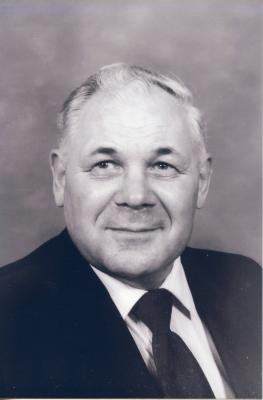 Obituary:
Karl Gall Jr. passed away peacefully in his sleep February 8, 2021. Born on February 16, 1926 to Frederika and Karl Gall Sr. in Lichtental, Bessarabia. Karl served in WWII as a mortar-man. After serving in the war, Karl met and married his wife, Ella Dohring, of 76 years in Kirchberg, Germany. After living several years in Germany, they decided to move to the U.S. in 1952 under the sponsorship of a rancher in Potter Valley. Karl worked for 40 years as a machinist for The Masonite Corporation, Daniel Steel & Machine Shop, and Ukiah Machine & Welding, retiring in 1992. Karl loved being a machinist so much and making others happy with his quality work, he started working or should we say playing in his garage on his lathe and milling machine. Karl also loved to tell stories about his life experiences and always kept his listeners captive with his next line in the story.
Karl is survived by his two sons; Hart (wife Joann) of Lakeport, Ed (wife Susie) of Ukiah, four grandchildren and three great grandchildren. Karl was proceeded in death by his wife Ella, his father, mother, brother and sister of Germany. In lieu of flowers, donations may be made to Hospice of Ukiah.

To order memorial trees or send flowers to the family in memory of Gall Jr., Karl, please visit our flower store.