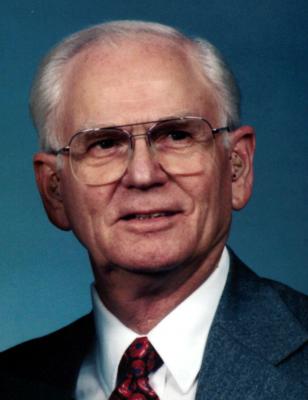 Obituary:
Frank Marston Gillette, Age 90, passed away peacefully on Sunday, September 23, 2018 in Eureka, CA. He was born May 4th, 1928, in Madera California. He was the fourth of six children to Harry and Ada Gillette. He lived on the family ranch in Chowchilla, attending Elementary School and starting High School. The family moved to Redwood Valley in 1944. Marston attended and graduated from Ukiah High School in 1945. He enrolled at San Jose State College that fall attending for one semester before joining the U.S. Navy. Not wasting Marston's musical talent, he was assigned duties as a Chaplain's Assistant. He became an Episcopalian during his tour of duty. He was Honorably Discharged in March 1946. He enrolled at the College of the Pacific and graduated in June of 1952.
Marston married Carol Marjorie Brown on August 29th, 1948. They welcomed their first child, Jeffrey, into the world on December 17, 1949 and their second child, Melissa, was born on December 17, 1955. Their family was complete, twins, six years apart.
After Marston graduated from college they moved to Esparto where he had secured his first teaching job at Esparto High School. In 1955 he began teaching at Potter Valley High School later moving to Pomolita Jr. High. He retired from teaching in 1989, after 37 years of teaching music, history, and social studies.
Marston spent most of his summers taking his family on vacations from a couple of weeks to a couple of months camping along the way. Art Galleries, Museums, Botanical Gardens, Historical Sites were visited all along the way. Visiting family was always very high on the list. He led a “Hard of Hearing” Group for Mendocino and Lake Counties for several years. He began to exercise his interest in genealogy. Every activity that was important to Marston, Church, Retired Teachers, Ukiah High Reunions, Genealogy, and more, required copious amounts of computer record keeping. He was a very organized person.
Marston was very active in the California Teachers Association while he was teaching. After retiring he became active in the California Retired Teachers Association and regularly attended the State Conventions. Marston and Carol joined Holy Trinity Episcopal Church in the early 1960's becoming active in the Church. He was Choir Director then later Organist for a number of years. He served many terms on the church Vestry.
Marston became a grandfather 1975, when his first granddaughter, Valerie (Wilt) Ungren was born. Then again, when son, Jeffrey adopted daughter Katherine (Gillette) Brennan in 1978. Although he never once treated her as an adopted granddaughter, they were often told they looked alike. They would just look at each other, smile and nod.
He became a great-grandfather to Ashley (Brennan) Brodin, Alisha Brennan, Allison and Lauren Ungren and Trinity Nelson. His great-granddaughters were the light of his life. He was so proud of those girls and they all shared a special bond with him. The girls called him “Great Papa” and he became "Grandpa Marston" to Trinity Nelson
Twelve years ago he discovered travel by train. He never flew again, traveling by train to conventions, to visit family in the Seattle area, Austin Texas for a family wedding, a Cruise to Alaska and just about any excuse he could find.
Marston was preceded in death by his wife Carol, daughter Melissa, his parents, his two brothers, and two sisters.
He is survived by his sister Arlene (Dale) Hoppe, Son Jeffrey (Linda), Granddaughters Katie Brennan (Patrick), Valerie Ungren (Tim) and Barbara Ogburn , Great granddaughters, Ashley (AJ), Alisha, Allison, Lauren, and Trinity, many dearly loved nieces and nephews, and his Godchildren Sammie Marsh, Jr., Noel, Henry, Michaela and Sarah Marsh, and his Son-in-law Steve (Carol).
Special thanks to Joan, Christopher and Felicia Eriksen for the many years of friendship, love and support.
Marston will be remembered as a bright, shining light to all people in all the places he has touched and was one of the kindest people you would ever meet. Never a bad word about anyone and he will be greatly missed. A memorial service will be held on Wednesday, October 3, 2018 at 11:00 am at Holy Trinity Episcopal Church. 640 S Orchard Ave, Ukiah, CA 95482

To order memorial trees or send flowers to the family in memory of Gillette, Frank Marston, please visit our flower store.