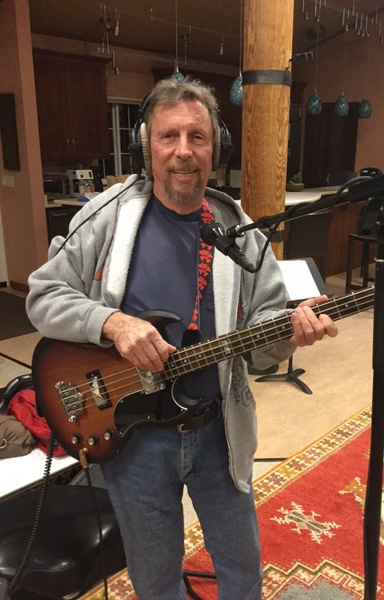 Gino was born in 1948 in Chicago, Illinois.  As a child, he moved to Fort Lauderdale with his mother, father, two older sisters, and older brother. He graduated from high school in Florida in 1966.  Gino married Mary Catherine Anderson in 1967, and was drafted into the Army in 1968.  He spent two years at Fort Ord in Seaside, California.  He and Mary settled in Cloverdale, CA, and eventually moved to Ukiah in 1974, where he went into the mechanical/electrical trade.  Gino started a mechanical/electrical partnership in Ukiah and Santa Rosa in 1981, and one in 2008 called Intercounty Mechanical.

He retired in 2017, which gave him more time to enjoy golfing and playing in his rock and folk bands.  Gino is survived by his ex-wife Mary Moretta, three children, Chris Bradley, Angie Limpus, and Laura Moretta, and his partner of 10 years, Karen Christopherson.  He is also survived by three sons-in-law, Keegan Bradley, Carl Limpus, and John Boyd, and four grandchildren, Addie and Corina Limpus and Benjamin and Samantha Boyd.

During his last years, Gino enjoyed spending time with his family and friends.  He was a beloved part of the local community and will be missed greatly by all.

A celebration of his life will be held at Eversole Mortuary on Saturday, June 11th, at 1pm for anyone wishing to attend.

To order memorial trees or send flowers to the family in memory of Gino Moretta, please visit our flower store.