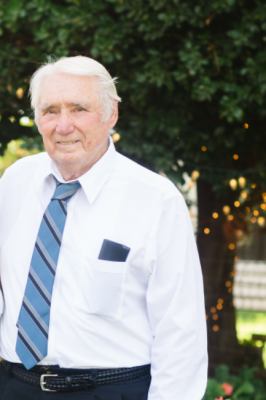 Obituary:
Curtis Glasscock passed on December 5th, 2015 at the age of 83. He is
survived by his wife of 59 years, Patricia Glasscock. and his four
children Sherrie, Jena, Russell and Lori. Also by seven grandchildren,
Curtis, Heather, Rachael, Austin, Emma, Joel and Nadya, and two
great-grandchildren, Samantha and Rhiley. Curtis taught math and
Driver's Training at Ukiah High School from 1962 until 1989. His great
loves were his family, fishing and Alaska. He was a hard working, loving
husband and father and will be greatly missed by all. A viewing will be
held Friday morning, December 11th from 10:00 - 12:00 at Eversole
Mortuary. The graveside service will be held at the Ukiah Cemetery on
Monday, Dec. 14th at 3:00 p.m.

To order memorial trees or send flowers to the family in memory of Glasscock, Curtis -, please visit our flower store.