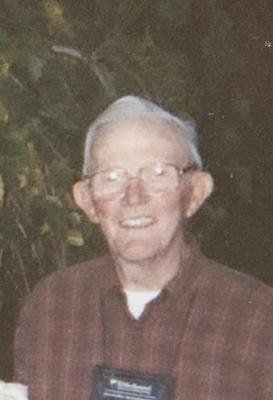 Obituary:
David Elliot Goodman
David was born April 5, 1929 in Lenoir, North Carolina and died February 7, 2017 in Ukiah, California. Dave was raised in North Carolina and attended Wake Forest University graduating August 1950 with a degree in Business Administration. In May the following year he was drafted into the U.S. Army spending two years at Camp Chaffee, Arkansas as an instructor. Upon his discharge, he lived in San Francisco and attended San Francisco State University to obtain his teaching credential. There he met Jean Marie Evans and they were married July 15, 1955. The following year in December their first son, Larry, was born.
David began his teaching career at Hopland High School in 1960 where there were 5 teachers and 60 students. Second son, Randy was born the following May. 2 years later he joined the teaching staff at Ukiah High School in the Business Department. He retired in 1989 from South Valley High School.
David spent 30 years in the Army Reserve retiring with the rank of Sergeant Major and was most proud of his 32 years and 5 months of service.
He loved barbershop singing, golfing, & with Jean, square dancing. As a golfer he achieved 4 Holes in One! He was also an active member of the American Legion. After Jean's retirement, they spent much time touring the United States and Canada in their motorhome, spending some time volunteering at the Wycliffe Bible Translators in Tucson. Dave was a strong man of faith and enjoyed serving his Lord. He will be greatly missed especially by those who groaned at his puns!
Dave is survived by his wife, Jean, sons Larry and Randy (Nancy), grandchildren Dustin Meier, Michelle & David Goodman, and great grandson Mason. He is also survived by his sister, Barbara Short (Jim) of Tucson and their family.
We would very much like to thank the staff at UVMC for their compassionate care for Dave.
A memorial service will be held at the Ukiah Bible Church, 2140 Arroyo Dr. in Deerwood at 3 PM Sunday, February 26 with Pastor Dan Bohannon officiating. Inurnment will take place at Sacramento Valley National Cemetery in Dixon, Ca. Monday, February 27 at 1 PM.
Arrangements are under the direction of the Eversole mortuary.

To order memorial trees or send flowers to the family in memory of Goodman, David Elliot, please visit our flower store.