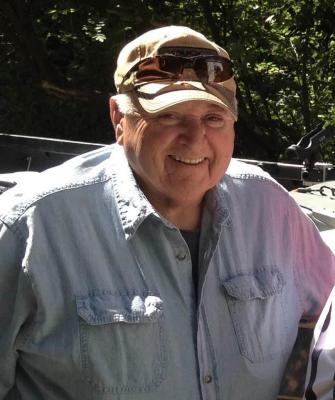 Obituary:
William Larry Griffin, 80, peacefully passed away on November 14, 2021, with his wife Linda at his side. Larry was born on October 3, 1941 in Memphis, Tennessee. He moved with his parents, brother and sister to Ukiah in 1955 and graduated from Ukiah High School in 1959. Larry began working for Ukiah School District Transportation Department in 1960 as a mechanic’s helper. He spent his entire career at UUSD, working his way to Head Mechanic and retiring in 2001.
Larry and Linda met in Ukiah and were married December 1961. He was known as “Big Daddy” among family and friends, and was Papa Larry to his grandchildren. Larry spent his retirement years following his passions – hunting, salmon and bass fishing, and trap shooting. Larry enjoyed sharing his knowledge and spending time with friends at Lake Mendocino, on the river or at the gun club. He was always ready to lend a helping hand when needed. Larry was a good guy, good friend, and never knew enemies. He loved talking about fishing, although not usually telling the truth. Larry enjoyed his family and enjoyed living life.
Larry is survived by his wife of 60 years, Linda Griffin; his sister Caroline McTaggart of Muskegon Michigan; his sons and spouses, Barry and Becky, and Bret and Kathryn; and numerous grandchildren, step-grandchildren and step-great-grandchildren. He is preceded in death by his brother Lester Lynwood “Lynn” Griffin.
Services will be held on Saturday, December 11, 2021, 12:00pm at Eversole Mortuary in Ukiah.
Visitation will be held on Friday, December 10, 2021 from 4 - 8pm
In lieu of flowers, the family suggests a donation in his honor to the Junior Trap Shooters Program sponsored by Ukiah Rifle and Pistol Club. Mail donations to URPC, PO Box 26, Ukiah, 95482.


To order memorial trees or send flowers to the family in memory of Griffin, William Larry, please visit our flower store.