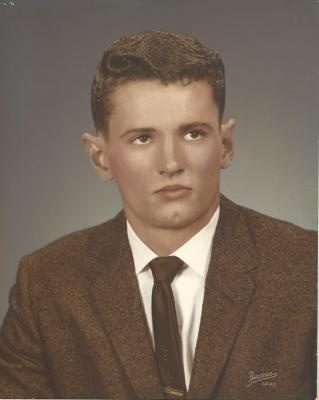 Obituary:
John Frederick Grothe Sr. passed away Friday, December 22, 2017 after a lengthy illness. He was 72. Born September 4, 1945 to parents Fred A. and Mildred C. Grothe in Michigan, he was raised on the family ranch in Bell Springs, Ca. John enlisted in the Army Reserves in December 1966 and served in the IV U.S. Army Corps and was honorably discharged as a Sergeant First Class upon completion of service.
John had many jobs in his life, he was a mill-worker, worked with a local pizza restaurant, worked as a salesman and was also foreman of a pallet mill. However, for the last 18 years, John was able to work in the environment that made him happiest, on a cattle ranch, where he went back to his childhood roots and love of being around cattle and being a “cowboy”. John was an avid hunter and loved to fish. He was always thrilled when his children or grandchildren came to see him and were able to get a glimpse into the things that made him who he was. He was a single father in the late 70’s and early 80’s and did his best to provide his children with all they needed. He worked hard his whole life and gave one hundred and ten percent to everything he did. He never took anything for granted, would give of himself until there was nothing left to give and then give a little more. He was a loving husband, father and the proudest grandpa there was. One of the many things we will miss about him was his passion in the things that were important to him. Some may say he was stubborn, but those that knew him knew he was incredibly passionate in his beliefs. Anything from who was the best quarterback in the history of the NFL, to how big that last buck he saw actually was. He will be missed and leaves a void in our family and his circle of friends that no one will be able to fill. He was one of a kind and his wife, children, grandchildren and friends would not have wanted him any other way.
John was preceded in death by his father Fred A. Grothe in 1975, mother Mildred C. Grothe in 2004 and brother Paul “Hank” Grothe in 2006. John leaves behind his wife Laureen, who cared for him selflessly through many injuries, illnesses and medical challenges , his children Elaine Leggett, her husband Willard "Butch" Leggett and their son Michael Leggett, son John Grothe Jr., his wife Kristina and their children Bailey and Kenna, his son Matt Grothe, his wife Misha and their children Wyatt and Lucy. He also leaves behind Laureen's sons and their families: Zackary and Jessica Jones and their children Blake, Kira, Taylor, Zack Jr. and Summer and David Jones and Karen Bush and their children Imogene and Jude.
Graveside services will be held at the Ukiah Cemetary at 11am Friday, January 12, 2018. In lieu of flowers, donations may be made to Phoenix Hospice, 100 Sanhedrin Circle, Willits, Ca 95490.


To order memorial trees or send flowers to the family in memory of Grothe Sr., John Frederick, please visit our flower store.